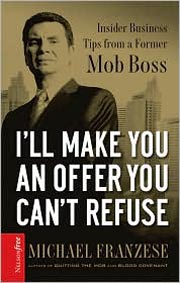 By age 24, charming mob boss Michael Franzese was one of the wealthiest people on Fortune magazine’s survey. As one of the rare people who quit the mob and lived to tell about it, Franzese has a unique perspective on how business is done. And one thing he noticed was that the way he made millions per week working inside the mob can be applied to business outside.

Mob Rule No. 4: Be an Early Riser & Avoid Getting Killed in Your Pajamas.

This book promises a mob’s eye view that will change the way you see business forever.(The publisher) 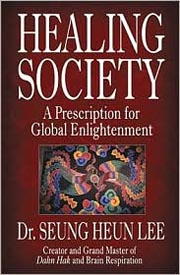 The world is in political, religious, economic, and ecological crises of our own making. We need a spiritual awakening. This would transform our world: Children wouldn’t starve, women wouldn’t be brutalized, and young men wouldn’t die in war.

But could such an awakening ever take place? Yes. Eastern traditions say that the energy called “gi” is the common bond directly connecting body, mind, and spirit. In “Healing Society,” Dr. Seung Heun Lee shows how we can use this energy to strengthen our spiritual bodies, to actually experience a direct connection to ultimate oneness. (The publisher) 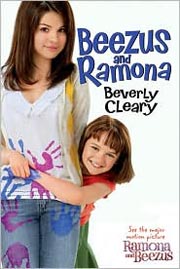 Ramona Quimby is the youngest of all the famous characters in Mrs. Cleary’s wonderful Henry Huggins stories. She is also far and away the most deadly. Readers of the earlier books will remember that Ramona has always been a menace to Beezus, her older sister, to Henry, and to his dog Ribsy. It is not that Ramona deliberately sets out to make trouble for other people.

In this book, Ramona goes from strength to strength, winding up inviting her entire kindergarten class to a party at her home without mentioning it to her mother.

The riot that ensues is probably the most hilarious episode in this extremely funny book, which proves that Cleary’s imagination is almost as lively as Ramona’s. (The publisher)

Words That Work: It’s Not What You Say, It’s What People Hear 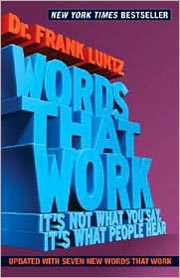 The United States’ premier communications expert shares his wisdom on how the words we choose can change the course of business, politics, and life in this country

In “Words That Work,” Luntz offers a behind-the-scenes look at how the tactical use of words and phrases affects what we buy, who we vote for, and even what we believe in. With chapters like “The 10 Rules of Successful Communication” and “The 21 Words and Phrases for the 21st Century,” he examines how choosing the right words is essential. (The publisher)

On Writing, 10th Anniversary Edition: A Memoir of the Craft 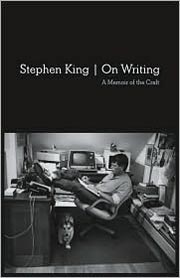 In 1981 Stephen King penned “Danse Macabre,” a thoughtful analysis of the horror genre.

Now he is treating his vast readership to another glimpse into the intellect that spawns his astoundingly imaginative works. This volume, slim by King standards, manages to cover his life from early childhood through the aftermath of the 1999 accident that nearly killed him. Along the way, King touts the writing philosophies of William Strunk and Ernest Hemingway, advocates a healthy appetite for reading, expounds upon the subject of grammar, critiques popular writers, and offers the reader a chance to try out his theories. But most important, we who climb aboard for this ride with the master spend a few pleasant hours under the impression that we know what it’s like to think like Stephen King. (Library Journal)