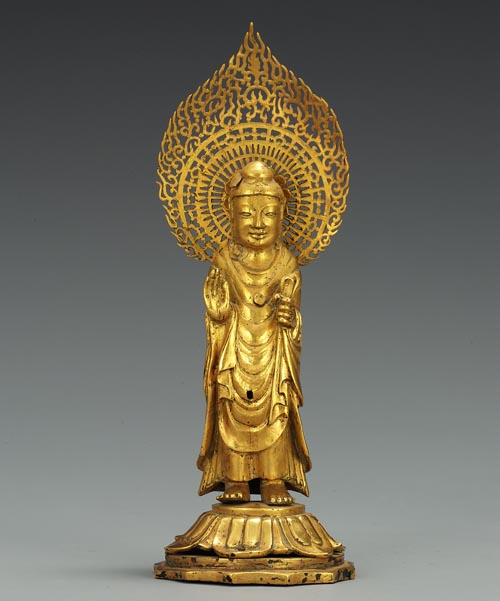 
The golden statues of Buddha and Amitabha Buddha were first found during the restoration of Hwangbok Temple located in Gyeongju, North Gyeongsang in 1942. A three-story pagoda was the home to a chest that contained the two figures along with a gilt bronze dish, a silver dish and some glass beads. The most significant part of this find was that the two statues were made of pure gold which attracted much attention during its discovery.

According to the inscription on the holy-relic case, the Buddha figure was placed in the pagoda when it was built in 692, while the Amitabha statue was placed in 706. Although the date assigned to the Buddha statue is of the early Unified Silla Dynasty era, the design shows influences of the Three Kingdoms Period. In comparison, the Amitabha represents a more realistic portrayal, which reveals that sculpturing techniques had evolved over the ten years or so years since the Buddha statue was believed to have been made.