From Bell to Google Earth

From Bell to Google Earth 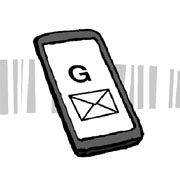 Alexander Graham Bell uttered these words, the first sentence that was ever transmitted over the telephone.

Bell, the inventor of the telephone, had prepared several lines for his test calls, but out of excitement and nervousness, he got straight to the point.

The first phone call was all about business, but it also captured the essence of what the modern invention of the telephone was all about - communication between people.

The telephone has since evolved and has broken free of the wire.

We are now living in the wireless age. And the wireless feature stimulates the nomadic instincts of humans to leave the settlement and travel around.

The first wireless mobile phone, the DynaTAC, was introduced by Motorola in 1983.

When it first came out it weighed 1.3 kilograms (2.87 pounds). It was so big and heavy that it was called the “brick phone” or the “dumbbell.”

The size of cellular phones today are rapidly shrinking, but the DynaTAC is still being traded in the second-hand market at a very high price because it is a classic item wanted by collectors.

The emergence of smartphones has brought about a breakthrough in the paradigm of the telephone. One-to-one communications have evolved into multimedia integrated communications.

The age of social network service has arrived. And now the phrase TGIF does not stand for “Thank Goodness It’s Friday,” but rather Twitter, Google, iPhone and Facebook.

Social networks, the Internet and smartphones are will soon increase connections between the world’s 6.8 billion people.

Confucius said in the Analects that he had great knowledge not because he studied, but because he was able to string everything together.

“My way is penetrated by a single thread,” he said.

In a sense, TGiF has something in common with Confucius’ way as a direct approach to knowledge. It has its own thread of binding things together.

Confucius’ way was based on loyalty and wisdom, while TGiF is driven by convenience and interest.

Recently, Google unveiled its own phone that can use the Internet and Wi-Fi.

It is a combination of email and the telephone, allowing the postman to ring your telephone bell.

On the first day of its launch, 3 million calls were made in the United States.

Android phones have a built-in Gmail feature, so people around the world are likely to get hooked on Gmail as smartphones expand. Communication is now based on binary means.