Spat between songwriter and singer drags on

Spat between songwriter and singer drags on 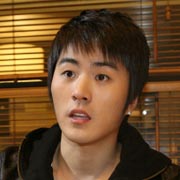 A lover’s spat between lyricist Choi Hee-jin and singer Eru may land the two in court, as each has threatened to sue the other if the allegations don’t stop.

In a post on her Cyworld page on Friday, Choi blamed Tae Jin-ah, the famous trot singer, and Eru’s father, for the couple’s breakup and said that his violent threats caused her emotional distress. She claimed to have CCTV clips and audio recordings of the threats and said she could produce witnesses who would attest to her claims.

In response, Tae issued a press release on Saturday that said: “Although Eru was involved in a romantic relationship with Choi for two years, I did not have any part in splitting them up, nor did I insult her in any way.”

Tae also claimed that Choi tried to blackmail him for 100 million won after the breakup. He said he would take legal action against her if her allegations continued.

The fight escalated that same day with another Cyworld message from Choi in which she said that all she wanted from Tae was an apology.

But in a post the next day she said she would file a countersuit if Tae continued with his claims. The next day, she threatened to reveal evidence of Eru’s sexual perversion if Tae did not stop the allegations against her.

Choi wrote the lyrics for the song “I’m Sorry,” for Eru’s first album. She won the songwriting award at the 2000 KBS Music Awards.