In search of a flying dragon

In search of a flying dragon 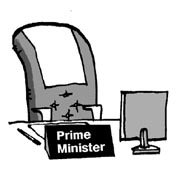 The Chinese phrase “qianlong wuyong” roughly translates to “a dragon submerged in water should not be chosen.”

The phrase is found at the beginning of a text called “Zhouyi,” also known as the “Book of Changes.” Zhouyi, which is one of seven Chinese classics, explores the art of divination. But it’s also a treasure trove of wisdom that teaches us about the right way to carry ourselves through life based on the principles of yin and yang.

Some people, therefore, view it as a philosophical book about life rather than a study of divination. Suh Dae-won, the author of “A Lecture on Zhouyi,” is one such person. He interprets the phrase qianlong wuyong as meaning, “If you are not a man of character and are not competent enough, it is better for you to wait and mature than to run wild.”

Therefore, as Suh saw it, the phrase offers advice to those who are inexperienced or immature emotionally and mentally, saying these people - who are like dragons submerged in water - should slow down and work to improve themselves and learn.

In the East, the image of a dragon is commonplace, as it represents a symbol of authority. So it’s no wonder people equated these mythical creatures with emperors. Leaders in the past were said to have the countenance of a dragon. Their thrones were dubbed “dragon seats,” while they rode around in “dragon carriages.”

Qianlong, the first part of the Zhouyi phrase, essentially signifies a time of pure innocence, a blank slate that has yet to be marked. If we apply that concept to humans, it represents a fetus. It also has been used as a title for a crown prince. When a crown prince is enthroned, his title is changed to “bilong,” or flying dragon.

Qianlong has cropped up numerous times in East Asian history. According to “Hangyeongjiryak” - which chronicles the history of Hanseong, the capital of the Joseon Dynasty - there was a pond called Qianlong in the private house where King Injo lived before he took the throne. Injo even called himself qianlong before he became king. A Chinese official who revolted against Emperor Dezong of the Tang Dynasty occupied the capital and called his house Qianlong Palace. Ultimately, however, the official was killed by his close aides, meaning he never moved on to become bilong.

Lee Hoi-chang, the head of the conservative Liberty Forward Party, recently incorporated the concept, saying, “We should appoint a capable person as the next prime minister, not someone who is a qianlong.” The remark came as Prime Minister-designate Kim Tae-ho - who was also mentioned as a presidential hopeful for the next election - officially declared his intention to give up the nomination for the post amid corruption allegations. Perhaps the president, who has the right to appoint a prime minister, should remember the phrase qianlong wuyong as he considers candidates for the job.