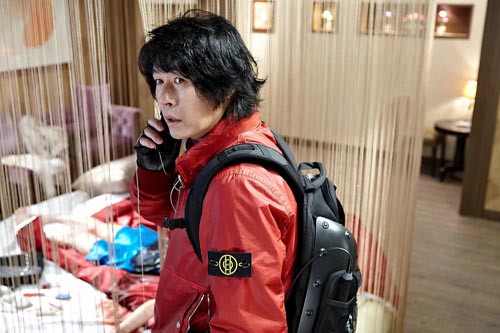 For most people, Chuseok, the nation’s biggest holiday, involves a long and grueling trek back home for a large family gathering.

But for film fans, it is the peak season for new releases.

“Chuseok is one of the busiest seasons for us, meaning that there will be many choices at the box office,” said Lee Sang-gyu, head of a public relations team at CGV, the nation’s leading multiplex.

This season’s offerings feature top-notch directing, elaborate designs, performances by some of the country’s best veteran actors and story lines that will have your heart racing.

This much-hyped film, directed by Song Hae-sung, is a Korean remake of the Hong Kong noir classic “A Better Tomorrow.” The film was invited to be shown in the non-competitive section of the 67th Venice International Film Festival and John Woo, the director of the original, participated in its production.

Set in the dark underbelly of the crime world, the film tells the story of two brothers who are separated during their childhood. They reunite years later as enemies, with the older brother the head of a gang that smuggles weapons and the younger brother a policeman.

It is a dramatic film steeped in raw emotion and uniquely Korean sentiments.

This romantic comedy, directed by Kim Hyun-seok (of 2005s “When Romance Meets Destiny”), follows four people who must overcome strange obstacles and learn something about themselves in order to find love.

The movie aims for laughs by highlighting the antics of two Cyrano agents (Uhm Tae-woong and Park Shin-hye) who help their client (Choi Daniel), win over the mysterious girl (Lee Min-jeong) who is the object of his love.

Full of humor and moments of heartfelt emotion, “Cyrano Agency” is the fourth romantic comedy from Kim, and it has been praised by critics as his best work so far. It will be released Sept. 16.

This film by critically-acclaimed director Kwon Hyeok-jae is fast-paced and crammed with thrilling action scenes.

It tells the story of a retired police detective who now runs a detective agency. One day, one of his clients leads him into a trap and he finds himself accused of murder. His only way out is to kidnap someone to clear his name.

The movie stars actor Sol Kyung-gu, one of Korea’s most popular box-office stars. It premieres Sept. 9. 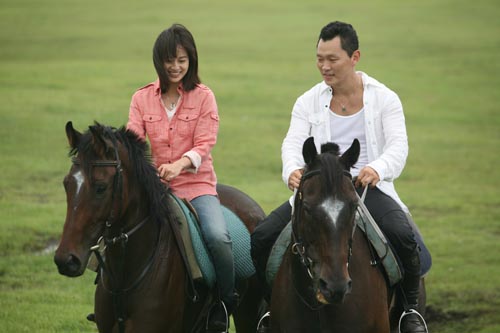 Actress Kim Tae-hee, who is often labeled as one of the most beautiful actresses in the country, is cast as the first female jockey in Korea to win a major horse race in the film “Grand Prix,” directed by Yang Yoon-ho.

But prior to her emotional win she must first overcome the despair that befalls her after she loses her prized horse in an accident and struggles to bond with a new equine companion.

The film also stars Yang Dong-geun, who returns to the big screen after two years of compulsory military service. It opens Sept. 16.