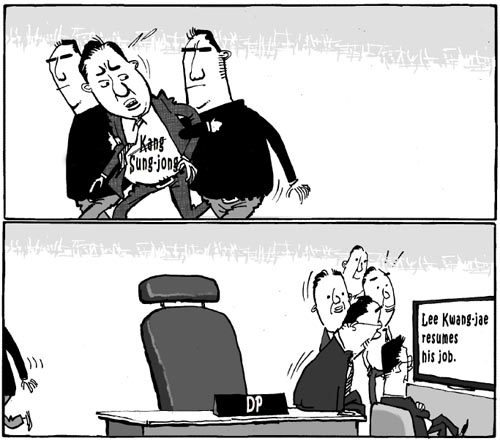 While the opposition Democratic Party yesterday allowed the National Assembly to pass a bill authorizing the arrest of its own lawmaker, Kang Sung-jong, on charges of embezzlement, the party celebrated when the Constitutional Court allowed partymate Lee Kwang-jae to serve as Governor of Gangwon Province even after being indicted on charges of receiving bribes.


from JoongAng Ilbo. By Kim Hoe-ryong