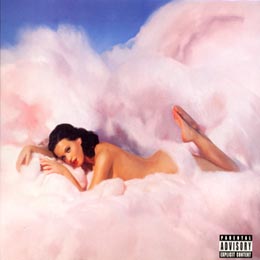 Katy Perry made the world sit up and listen for “kissing a girl,” in her 2008 debut smash hit single, and her third and latest album “Teenage Dream,” hitting stores this month, again reveals her sassy side.

But with the creation of pin-up persona Katy Perry, the 25-year-old’s career took off. Her second album, “One of the Boys,” has sold over five million copies worldwide in two years. It outlined the megastar’s sexy new style, embodied by the single “I Kissed a Girl,” and Teenage Dream continues to tread this path. In “Peacock,” the singer ambiguously stresses the second syllable, though in understated fashion in contrast to pop rival Lady Gaga’s more aggressively sexual style.

Perry’s voice is occasionally lost in music in the first lighter section of the album. But in the second half the vocals shine through during the slower tempo tracks.