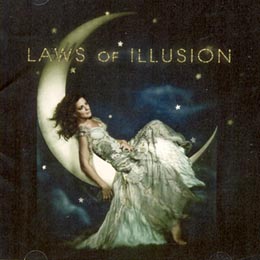 Forgive Sarah McLachlan if “Laws of Illusion” sounds a bit rusty. After all, the Grammy Award-winning folk-pop artist split with her husband in 2008 and hasn’t produced an album since her 2006 “Wintersong.”

So while McLachlan’s new CD, Laws of Illusion, lacks a true standout and everything sounds pretty similar, most of the songs aren’t repulsive enough to turn pop or McLachlan fans away.

Some tracks are certainly worth a listen - like “Illusions of Bliss,” which combines a soothing guitar tune with heartfelt lyrics, and the easygoing “Heartbreak,” which, despite the title, is actually more a song about freeing yourself after experiencing heartbreak than going through relationship trauma.

The rest of the songs are pretty much indistinguishable.

And the fact that none of the tracks on the album really compares to McLachlan’s most successful work - both in quality and ingenuity - shows how far this once-popular artist has to go before reaching her former creative apex.

That’s not to say it’s a terribly good or bad album. It’s just kind of bland.