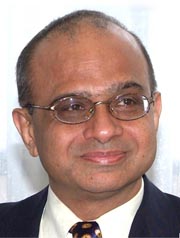 The dissimilarities between Asia and Europe are striking. Consider the following:

- While Europe has achieved equilibrium between and among its main powers, Asia is far from evolving any sort of equilibrium among its important players. The present situation in Asia, in fact, can be characterized as a case of power disequilibrium.

- In Europe, the largest state and economy, Germany, does not aspire for dominance in Europe. Rather, in respect to the other European powers, it has learned and accepted to be one among equals. In Asia, the situation is quite the opposite.

- Many Asian states are today distinguished by wide and growing income disparities and social inequalities, as well as by environmental degradation.

- While democracy has become the norm in Europe, that hardly can be said about Asia. In fact, only a minority of Asian states are really democratic.

To compound matters, there is neither any security architecture in Asia nor a structural framework for regional security.

That raises the question: Is Asia going to be an arena of old-style, balance-of-power politics and thus crimp its ability to shape the new global order? Or will growing cooperation and interdependence, as well as prospects of shared prosperity and stability, propel Asian states to act as “responsible stakeholders” in the international system and help reform global institutions?

Asia, in fact, has come to symbolize how the global spread of democracy has run out of steam after the successes of the late 1980s and the 1990s. Today, the challenge to the international spread of democratic values comes from a fusion of autocratic politics and crony, state-guided capitalism. As a result, the spread of democracy now is encountering increasingly strong headwinds. The strategy to use market forces to open up tightly centralized political systems hasn’t worked in multiple cases in Asia - the pivot of global strategic change.

Against this background, it is important to ask: How will the new international order be influenced by the return or rise of authoritarian great powers? Will political autocracies show themselves to be compatible with free markets? If so, will the new order, far from being liberal, be centered on classical balance-of-power strategies of the major powers?

Today, the changing global power equations are reflected in new realities. These include the eastward movement of power and influence, once concentrated in the West; the waning relevance of the international structures the United States helped establish after its World War II triumph; and Asia’s growing international profile. While the world is not yet multipolar, it is no longer unipolar, as it had been from the time of the Soviet Union’s collapse to at least the end of the 1990s, a period in which America failed to fashion a new liberal world order under its direction.

What we have today is a world still in transition. The world, clearly, is at a turning point in its history. The new global challenges and power shifts actually symbolize the birth-pangs of a new world order. Healthy, effective institutions in Asia and the wider world have become critical to building power stability and cooperative approaches.

If Asia is to seize the new opportunities to play a role on the world stage commensurate with its size and economic clout, it has to develop institutionalized cooperation in different areas to develop strategic stability. On a host of issues, ranging from climate change and world trade talks to reform of international institutions, Asia can play a central role.

At the same time, we should not forget that Asia, despite the opportunities, also faces important challenges. Asia may be coming together economically, as reflected in the plethora of FTAs in the region. But it is not coming together politically. If anything, it is becoming more divided.

In hindsight, improved geopolitics should have been as much of an Asian priority as greater economic interdependence. In today’s market-driven world, trade is not constrained by political differences, nor is booming trade a guarantee of moderation and restraint between states. We should remember that better politics is as important as better economics.

*The speaker is Professor of Strategic Studies at the independent, privately funded Center for Policy Research in New Delhi.