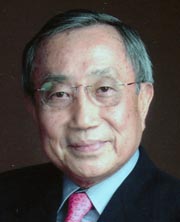 It has been commonly recognized that East Asia is rising and becoming the most important economic region in the world, with China as the central part. Before the financial crisis of 2008, this fact was not that assured, but that crisis showed the world that the shift of economic power has moved to East Asia, and it is irreversible.

We learn from history that an economic power does not necessarily become a political power immediately. This is true of China, as it needs further economic development to overtake the U.S. GDP in the next 20 years or so. Only then may China’s political clout rise tremendously. Opinions abound on the U.S. economic decline, and this time it may have to be seriously considered, because it is not only in terms of size that China will take over, but U.S. productivity will also decline compared to China’s. However, in military term the U.S. will be by far the strongest for a long time to come.

Since China is following an asymmetrical strategy, it does not need to face U.S. military might with all its power. What it needs to do is to be able to neutralize U.S. military power at several critical points by defending its sea and territory, and neutralize the use of Taiwan as an unsinkable carrier against it. It also has to try to neutralize U.S. bases in Korea and Japan, increasing its intense economic cooperation with them, and help create credible regional institutions for East Asia, which include Japan and Korea. But the U.S. also has a tremendous soft power influence in culture, art and education, which is not easy for China to catch up to.

The strategic developments in East Asia, while having some realist tendencies of a balance of power relations, also have other relations, especially economic relations, which are very deep and integrating fast. This is different from Europe at the end of the 19th century and early part of the 20th century, in which trade relations were predominant. Besides building regional cooperation in trade and finance, China was able to create other relations that are quite established. At the end of the day, China is a pro status quo country and not a revisionist one. It recognizes its development and modernization depended on the existing international system, and therefore is not interested in establishing a new international system. China was well warned by Deng Xiaoping that it has to accept the status quo and contribute to the international system, and not to succumb to hubris.

As a newcomer in the international arena, China may not be completely aware yet of its obligations as a big country and economy. It is not one of the creators of the existing system but it is obvious that it is trying hard to always adjust to it. Sometimes it has a very important national interest to take care of and that caused some to question whether it is willing to follow the system or not. Examples are Iran and North Korea. In fact, it is only natural that there are different interpretations of what a country should do in accordance with each of its national interests in several complex situations. Take the North Korean problem. Seen from China, it is in their national interest not to let North Korea collapse. Not only because they are going to face thousands of refugees, if that happens, but also of preventing a united Korea allied with the U.S. along their border. On the other hand, China, as a big country and economy in East Asia, has an obligation to the region and the world to keep North Korea under control and to stop behaving like a “rogue” country. Otherwise others in the region, including the U.S., have an obligation to play that role.

*The speaker is vice chairman of the board of trustees of the CSIS Foundation.

Fido and Princess cash in on Korea's Chuseok holiday festivities