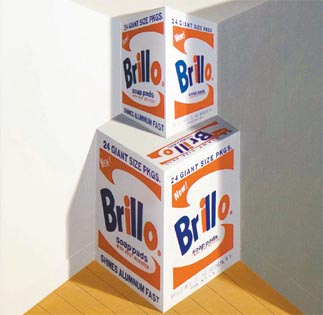 Bouncing back from a two-year slump in the art market, the Korea International Art Fair 2010 will be bigger and better than its predecessors, its organizers said.

With 193 galleries from 16 countries featuring more than 5,000 works, the KIAF, which runs this Thursday to Monday, seems ready to take on the international art market.

“With Mirae Asset Securities Company as our new sponsor, we will be able to build a sturdy financial foundation along the lines of other major art fair collaborations, including Art Basel-UBS, Art HK-Deutshe Ban and Art Dubai-HSBC,” said Kim Yeong-min, head officer of the Galleries Association of Korea and an organizer for the fair.

The fair has grown considerably in size and worth during the last nine years, except for 2008 and 2009, when the turmoil in the global economy took its toll on the art market. During its first year in 2002, KIAF had 180,000 visitors and $100,000 in transactions. That sum grew consistently year after year, and by 2007 the number was up to $17 million.

After the financial crisis, however, sales shrank to $14 million in 2008 and stood at $13.6 million last year.

“The art market is slowly recovering and we expect to see around $15 million in transactions during the KIAF this year, with around 62,000 visitors,” said Kim.

“Warholly” by Patrick Hughes, top right, and “Fragile-dragon” by Kim Joon, are featured in this year’s Korea International Art Fair. Provided by KIAF


This year’s guest country is the United Kingdom, a leader in the contemporary art scene. The exhibit includes works by artists Damien Hirst, Gary Hume and Marc Quinn - often referred to as the Young British Artists, a group of contemporary artists based in the UK that became well-known during the 1990s with highly conceptual, often shocking, works using garbage, live animals and other objects.

“Lysergic Acid Diethylamide (LSD),” a large-scale painting by Damien Hirst, is one of the works featured during the fair. Hirst said that the work, and the series of spotted paintings that he created during the 1990s, of which it is a part, touches on themes of interaction.

“Warholly,” by British artist Patrick Hughes, will also be showcased. The work, which consists of two boxes stacked on top of one another and painted in Warhol’s pop art style, is an example of Hughes’ long-running theme of visual allusions called “reverse perspective.” Hughes is most recognized for his use of this technique, which is an optical illusion on a two-dimensional surface.

Other popular British artists, including Jon Braley, Clair Burbridge, Richard Harrison and Kate McGwire, are also part of the show.

Britain will have the highest level of representation in the KIAF after Korea, with exhibits by prominent galleries including Flowers Galleries, Mauger Modern Art and Paragon Press, among others. Of the 193 galleries featured, 120 are from Korea while 15 are from the United Kingdom. The fair also includes 16 galleries from Japan and 13 from Germany. Other countries have less than 10 galleries each.

Renowned artists Bae Bien-U and Shin Sang-ho are just some of the Korean artists participating in the show.