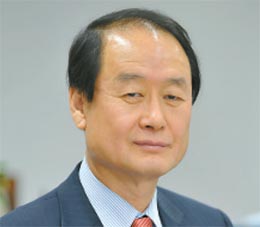 The Free Economic Zone Committee reviewed, evaluated and ultimately approved the results of a study on the effectiveness of Korea’s three major free economic zones (FEZs), including the one in Busan, during a meeting on Aug. 27.

The Busan-Jinhae Free Economic Zone (BJFEZ) received a score of 73.3 points - giving it a B-class rating and putting it at the top of the three areas evaluated. The Gwangyang Bay Area FEZ came in second with 69.1 points, followed by the Incheon FEZ with 64.9 points, earning them both C-class ratings.

The study was conducted to evaluate the efficiency of the free economic zones and help spur competition among the three areas in an overall bid to attract more foreign investment and operations. It marks the country’s first major evaluation of the three FEZs, which were formed in 2003.

As part of the study, 10 business and economic experts examined the achievements - or lack thereof - of the FEZs in a variety of categories and then graded their performance based on that criteria to come up with an overall score. The study found that the BJFEZ has been differentiating itself from other zones by fostering a logistics center incorporating Busan New Port, the Hwajeon District and the West Busan Logistics Complex.

However, the study also pointed out that it has experienced some delays in certain projects, and experts recommended that officials behind the zone explore alternative measures.

In the case of the GFEZ, the study said that activity is concentrated in a central area and that industry connectivity is very high but added that the level of foreign investment it has attracted since 2007 is relatively weak.

As for the IFEZ, the experts said it has a solid plan in place to become a business hub for northeast Asia but that the districts in the zone overlap each other in terms of focus and function, leading to inefficiencies.

In light of the study’s findings, the government announced it will give the BJFEZ about 779 million won in financial support. The GFEZ will get 734.3 million won, and the Incheon zone will receive 689.7 million won.