This film by critically acclaimed director Kwon Hyeok-jae is crammed with thrilling action. It tells the story of a retired police detective who now runs a detective agency. His life is lackluster and the days seem to repeat themselves. But when a client leads him into a trap, he finds himself accused of murder - the only way out is to kidnap someone to clear his name. Although this plot severely lacks logic at times, and has a mediocre script, the film has plenty of raw humor to make up for it. The movie survives because of the strong performance by acclaimed actor Sol Kyung-gu.

Three college women, brimming with youth and dreams of becoming farmers, leave the city and marry men who live in a small village in South Gyeongsang. They imagined toiling and sweating next to the man they loved. But reality isn’t all that sweet: as they become mothers and wives, they stumble through mistakes and endure the scolding of the elderly villagers. For a year, a camera follows them as they learn about farming and adjust to their new lives. Their experiences and the unexpected conflict are easy to sympathize with, even if you have never been to a farm. As they settle into a life far different from their dreams, the camera shows the true situation of women in the countryside. Touching upon the small, subtle beauties in our lives, the film leaves audiences feeling moved by its beautiful, truthful portrayal of “earth’s women.” 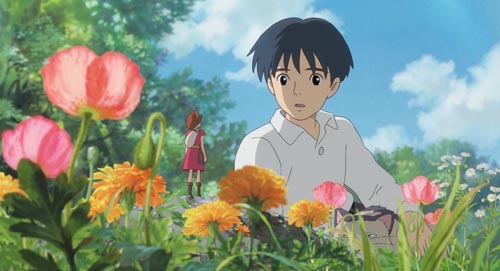 Fans of Japanese animation will be delighted with “The Borrowers.” Written by Hayao Mizayaki and directed by Hiromasa Yonebayashi, the movie is based on Mary Norton’s original story. The main character is a 10-centimeter tall girl, Arrietty - a Thumbelina of sorts. Although her “kind” - the miniscule people - is forbidden from revealing themselves to humans, Arrietty grows tired of life under the floorboards of a country home and joins the human world. While trying to reach the sugar bowl, she gets caught by a human boy. Contrary to her expectations, humans don’t turn out to be monsters. But as soon as she begins to open up to her new friend, her family becomes endangered and she must help them. Touching and rife with humor, the film is fun for the whole family.


Cats & Dogs: The Revenge of Kitty Galore (all)

Every actor should know by now that the only mildly entertaining live-action film about animals was “Free Willy” - only because Keiko the Orca was pretty cool and because Michael Jackson produced “Will You Be There” as the theme song. So how on Earth did “Cats & Dogs: The Revenge of Kitty Galore” director Brad Peyton manage to get Bette Midler, Neil Patrick Harris, Christina Applegate, James Marsden and Sir Roger Moore - of James Bond fame - to star in a film about animal spies? Apparently a rogue cat (Midler) tries to take over the world - yes, the entire world - and dog spies must ally with cat spies to stop her. Yep, even kids should be scared by this. 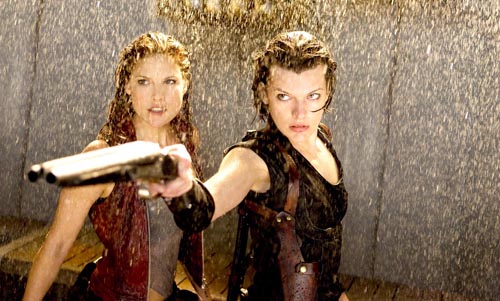 “Resident Evil: Afterlife” is the fourth in this seemingly never-ending zombie film series based on the wildly successful video games of the same name. This movie follows Alice (Milla Jovovich) and her quest to guide the remaining humans to safety from the undead. Alice travels to Alaska and meets an old friend who wants to help. The two learn there might be a safe haven in Los Angeles, but things are not all they seem when they arrive and must fight hordes of zombies and other foes to stay alive until the film’s end. The film is available in 3-D and uses the same technology employed for “Avatar,” though that doesn’t necessarily make this film any more appealing than it already is.

On the heels of Pixar’s divine “Toy Story 3,” Universal’s 3-D CGI-animated “Despicable Me” (“Super Bad” in Korea) makes a valiant effort to not be outdone. But if the plot is lacking and viewers’ heartstrings still taut, Despicable Me tries to make up for it with a visually delightful tale about a villain, Gru (voiced by Steve Carell), who tries to get over his mommy issues and pull off fantastical heists to gain notoriety. After Gru’s archrival, Vector (Jason Segel), steals the Great Pyramid, Gru is left with nothing grander to steal than the moon. But the nonsense is soon softened by the arrival of three adorable orphaned girls - Margo, Edith and Agnes. While Gru takes them in to infiltrate Vector’s lair, the Slavic-accented Gru soon finds himself in a parental role - the girls clinging to a much-needed father. Silly, amusing and touching, Despicable Me doesn’t have Pixar’s storytelling magic, but it more than suffices as a fun summer flick that’s thrilling to your eyes and light on your heart.