What it means to surrender ones self

What it means to surrender ones self 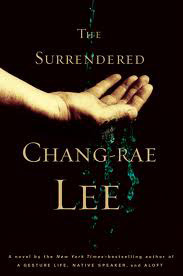 Not all surrenders are humiliating losses. Chang-rae Lee, the author of “Native Speaker,” “A Gesture Life” and “Aloft,” depicts surrendering oneself as a human and beautiful act in his complex and philosophically illuminating work, “The Surrendered.”

The novel tells a tragedy of the most horrific kind. It is filled with deaths: slow and painful death by cancer, death at the hands of the brutality of war, drowning in a river in a small rural town, death in burning flames, in a car crash or in a fatal horseback riding accident. At first glance, these ample descriptions of death might lead one to conclude that death is the ultimate surrender as according to the commonplace notion, but such interpretation does not do the book justice.

Lee’s concept of “surrendering” is different from the conventional understanding of the term - a cowardly, shameful defeat, and like death, an act which allows no control, no agency. Yet Lee contends that not every surrender is passive; sometimes one can be a willing and active surrenderer.

According to Lee, surrendering oneself can be a maturing experience and the ultimate triumph, especially when one surrenders to life.

Hector Brennan, a troubled G.I., has been puzzled all his life by what his father had said to him when he was a child.

“You think you’re going to get away with it, boy? You think it doesn’t apply to you?”

Hector never asked what his father meant by this, but when he finally understands, he blurts out, “Life, still undefeated.”

The Surrendered is an emotionally charged account of the transformation of characters’ attitudes towards life. The tale revolves around Hector, June Han, a determined Korean orphan, and Sylvie Tanner, a lonely American missionary at a Korean orphanage, named New Hope. June, Hector and Sylvie have all warred against life for most of their lives. The shadows of the Korean War have made life their enemy.

June, although a strong-willed soul, at one point doubts the value in living. She asks herself what is worse: death or the inability to die. Hector even thinks that he would prefer death to life, that he would have been better off had he perished during the war.

Yet, as the characters grow out of their pasts by retracing their memories of war, acknowledging and enduring through them, however horrific, the nature of their surrender to life is changed completely. Before, they believed surrender was forced upon them and was a cause of misery, loneliness and self-pity. But when Hector and June are reunited 30 years later on the opposite side of the globe and embark on a journey together to find their prodigal son, they learn the value of willingly surrendering to life. When they surrender, they’re no longer fixed in their past or stuck in the dark memories of war.

Revealing a human side of even his most troubled characters in the most desperate and treacherous situations is one of Lee’s greatest strengths.

“It was the racked voice that disturbed [June] most,” Lee writes. “Someone’s miserable song. Now, after all that had happened, she thought she could suffer seeing most anything, whatever cruelty or disaster, but the notes of a human plaint would make her wish she could exist without a heart.”

Lee tells us that the tales of those who have surrendered are indeed tragic, yet there is beauty in accepting tragedy as an inevitable force of life, and still more beauty in choosing to live through tragedy. This book is for anyone who has felt at least once like life has slipped through the crack. Thankfully for us, we have Lee to guide us to become whole with life again if we choose to surrender ourselves, rather than futilely attempt to dominate it.

Lee was born in Korea and moved to the United States when he was 3-years-old.