Once a traveller, now a big time CEO

Once a traveller, now a big time CEO 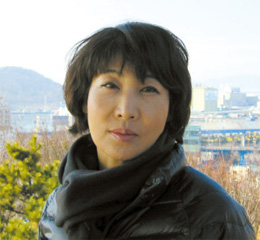 Before she got married, Lee Chae-won was a world traveler and designer.

Now she is CEO of Yongmaeul, a food franchise famous for the restaurant chain Yong Woo Dong.

Lee never imagined herself as an entrepreneur until she got married 17 years ago.

But her designing and travelling experience turned out to be major factors for her success.

She said she never saw herself combining her two specialties. It was her husband who suggested she start a business.

“He saw commercialism in my designs,” Lee said. “Then he started to suggest I change my career.

“When I first opened a Yong Woo Dong branch, I tried to make the interior more like a cafe than a restaurant.”

In addition, she opened another fusion bar chain called Wink in front of Chungbuk University in Cheongju, North Chungcheong last year, which pulls in big money for her.

“Seoul was already overpopulated with too many food businesses,” Lee said. “So I decided to open the first branch in a more localized city.”

It seems like she is all settled with her business.

But she said she still misses the old times, when she traveled the world and interacted with strangers.

And she still believes that she will be able to become that person once again.

Her friend suggested she take classes at Arts Ambassador Academy, so she signed up and is just now starting.

With the classes, Lee hopes she will be better able to represent Korea to a world audience, while also taking her design to the next level.

As Lee waited for her class to begin she said: “I hope this academy helps me expand my imaginative and creative skills.”