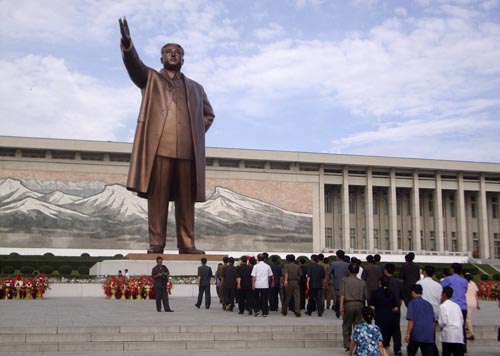 North Koreans mark the 62nd anniversary of their country by laying flowers at the foot of a giant statue of their founding leader Kim Il Sung in Pyongyang, yesterday. North Korea celebrated the anniversary with odes to supreme leader Kim Jong-il and pilgrimages to the statue amid hints that a meeting aimed at promoting his son as successor is imminent. [AP/YONHAP]