Exhibit toys with lust in the art of seduction

Exhibit toys with lust in the art of seduction 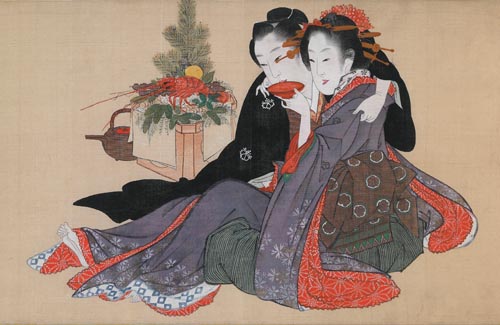 But despite their classification as high art, the works in the exhibit contain some very provocative scenes. Some are merely suggestive of sex, while others are more explicit.

Bare bodies pile together in one work and a couple sits astride a horse in another. In one of the more unambiguous pieces, a woman pleasures herself with the aid of an adult toy. Another piece makes us party to an illicit affair. 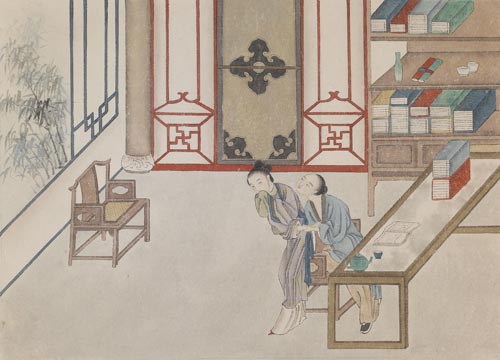 
The exhibit does not limit itself to two-dimensional works. A liquor glass molded into a shape suggesting foot-binding and a sculpted penis are also on display.

The Japanese paintings in the exhibit feature bold close-ups of couples making love with exaggerated sexual organs. This is in stark contrast to the Chinese and Korean paintings, where the figures sit quietly in the background.

At first, it’s hard not to blush while going through the exhibit, but some of the works contain touches of humor that help take the tension away. Katsushika Hokusai’s (1760-1849) painting, for example, shows a post-coital couple sleeping as a cat watches two mice mating.

“Everlasting Spring” by Shin Yun-bok is one of the few Korean pieces in the exhibit, on loan from the National Museum of Korea.

The painting shows two pairs of shoes placed outside a closed door and a confused female servant standing nearby carrying a tray of food and drinks. It is a poetic painting that invites the audience to picture the unknown.

The museum will host a series of lectures on Oct. 2 to put all of the art in context. Speakers include Professor Hong Sun-pyo of Ewha Womans University, Professor Hayakawa Monta of The Japan Foundation in Seoul and Professor Timon Screech of the University of London.