Ex-H.O.T. singer is out of the army now

Ex-H.O.T. singer is out of the army now 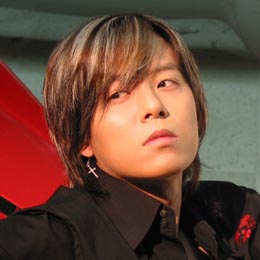 An Seung-ho, a k a Tony An, celebrated the end of his mandatory military service on Tuesday with a press conference and party attended by more than 100 of his fans.

The event was held at the Yongsan National Defense Media Agency.

“I finally get to stand before you not as Sergeant An but as Tony An,” said the singer, a former member of the idol group H.O.T.

“Since it’s been so long, I’ve decided to a prepare special song for my fans,” he said.

The song titled, “Be With You,” is a digital single and was released to the public the same day.

An also revealed that the group has talked about reuniting after the rest of the band members complete their military service.