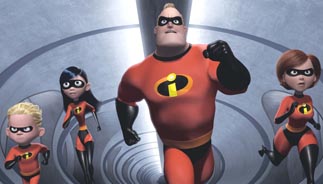 If you are looking for something to do over Chuseok, but don’t want to leave the house, you could simply stay home to catch up on some of the films you’ve either missed or didn’t know you wanted to see.

And you don’t even have to go to the trouble of going to the video store or downloading films onto your computer.

With Chuseok longer this year than last, four national TV networks - KBS, MBC, SBS and EBS - are offering a variety of domestic and foreign films - from screen classics to recent blockbusters - for your viewing pleasure.

The majority of the schedule features films that are suitable for a family audience.

“Little Nicholas” (2009) is the most heart-warming film of the bunch. Based on the French children’s book illustrated by Jean-Jacque Sempe, the child actors are cute as a button and watching the title character try to prevent his parents from having a second child makes you smile from beginning to end. The film airs on Tuesday at 11 a.m. on KBS2. 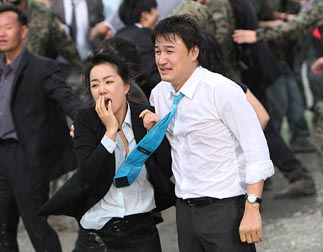 Animated films are also a big part of next week’s schedule. Even if you’ve already seen them, films like “The Incredibles” (2004), “Aladdin” (1992) and “Arthur and the Minimoys” (2006), by French star filmmaker Luc Besson, are worth a second viewing.

The networks are also showing a number of Korean blockbusters, including recent hits.

The hit film “Secret Reunion” (2010) tells the story of Lee Han-gyu (Song Gang-ho), a counterspy for South Korea’s intelligence service, and a North Korean spy named Song Ji-won (Kang Dong-won) and how they become “blood brothers,” which is the film’s Korean title. It features dazzling performances by the two lead actors and a gripping plot tempered by warmth and humor. It attracted 5.5 million moviegoers when it premiered in February and stayed at the top of the box office until “The Man from Nowhere” and “Inception” were released in July and August. The film airs Wednesday at 9:35 p.m. on KBS2. 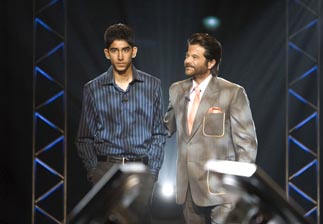 The megahit “Haeundae” (2009) is another must-see. It opened a new chapter in Korean film with its use of realistic computer graphics to illustrate the tale of a tsunami that overtakes Haeundae Beach in the southern coastal city of Busan. The film is the fifth-highest grossing Korean film of all time. It will be shown Wednesday at 9:45 p.m. on SBS.

The holiday line up also includes “Slumdog Millionaire” (2008), which tells the story of a poor orphan boy from the slums of Mumbai who shocks the country when he wins big money on a popular quiz show, and “New York, I Love You” (2009), which offers five different episodes on love. The star-studded cast includes Shia LaBeouf, Natalie Portman, Christina Ricci. Also airing is “The Time Traveler’s Wife” (2009), based on the novel of the same name. It’s the story of a man with a special gene that causes him to travel through time at random, a condition that wreaks havoc on his love life. 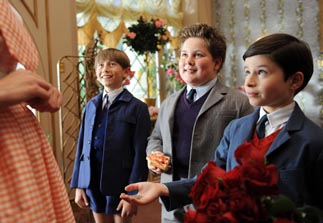 Little Nicholas Provided by the distributors

All three air on KBS1 at 12:20 a.m. on different days: Slumdog airs Thursday, New York on Tuesday and Time Traveler on Wednesday.