Can love be planned?

The mission of the Cyrano Dating Agency, which claims a success rate of 100 percent, is to bring people together.

One day, the agency encounters an unpredictable client when Sang-yong (Choi Daniel) walks through the door. He has excellent qualities but has been a failure at dating.

When Sang-yong tells the agency that he is interested in a mysterious girl named Hee-joong (Lee Min-jeong), agency representative Byeong-hoon (Uhm Tae-woong) hatches a plan to help Sang-yong get the girl of his dreams. But the plan backfires when Byeong-hoon falls for her instead, throwing all three into a love triangle. 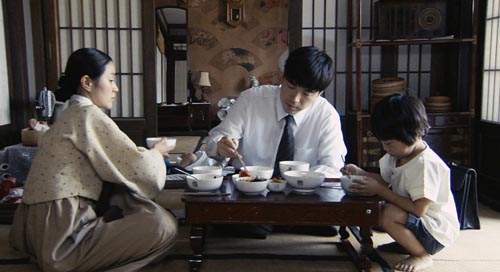 In Korea, it is said that having three generations (sam-dae) together reveals something significant about a family’s history.

This film, directed by Park Dong-hoon, tells an epic story of three generations of the same family that spans the period from Japan’s colonization of Korea to the present.

Tae-sun’s (Oh Woo-jeong) grandfather was part of a pro-Japanese group during the colonial era and her father was a dictator during the authoritarian period in the 1980s, making Tae-sun part of the family’s third generation. It’s a past she wants to deny and tries to hide, but cannot ignore.

The film’s focus on family relationships makes it a good choice for the whole family during the upcoming Chuseok harvest holiday. 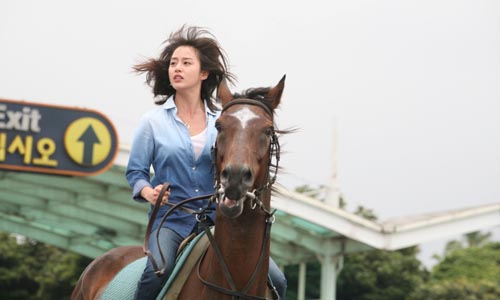 Actress Kim Tae-hee, who is often said to be one of the most beautiful actresses in the country, is cast as the first female jockey in Korea to win a major horse race in the film “Grand Prix,” directed by Yang Yoon-ho.

Ju-hee (Kim) gives up horse racing after an accident during a race, which left her with a devastating arm injury and the loss of her beloved horse. Without any confidence to continue her career as a jockey, Ju-hee heads to Jeju Island to put her life back together. She travels to a mountain, where by chance she meets Woo-seok (Yang Dong-geun), who has also been struggling in his life.

With Woo-seok’s endless encouragement, Ju-hee finally musters the courage to go back to horse racing and resolves to win the Grand Prix.

But prior to the emotional finale, she must first bond with a new equine companion and regain her confidence.

This film, a coproduction between Korea, Hong Kong and Japan, is a remake of John Woo’s quintessential gangster movie, “A Better Tomorrow.”

Set in the dark underbelly of the crime world, the film tells the story of two brothers Hyeok (Joo Jin-mo) and Cheol (Kim Kang-woo) who are separated when they are young and live two extreme lives.

The older brother Hyeok becomes a gang leader and is involved in shady illegal weapons deals, while the younger brother Cheol becomes a police officer.

When the two finally meet, they are standing face to face pointing their guns at each other.

The film secured a coup in casting four A-list actors including Song Seung-hean, who plays Hyeok’s friend Yeong-choong, and Jo Han-seon, who plays Tae-min, a member of a gang that plans a dirty betrayal. Everyone is out for blood, which leads to betrayal, honor and a tragic climax.

The film was invited to be shown at a special out-of-competition screening at the 2010 Venice Film Festival. 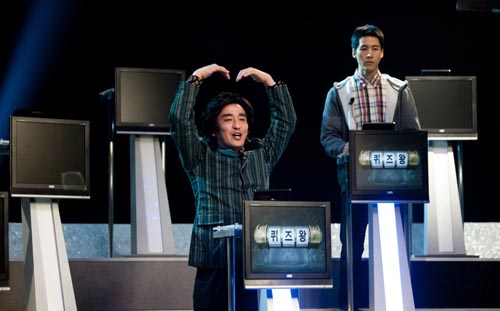 Blinded by greed, fifteen people audition for a quiz show with the hope of winning a 3.3 billion won prize.

Mayhem ensues when all 15 contestants come up with the answer to the final quiz at the same time.

Amdist the cutthroat competition, it is the individual quirks of the characters that make this film worth watching. And the actors pull off entertaining performances that succeed in making us sympathetic while also making us laugh. The performances of Kim Soo-ro and Han Jae-seok are particularly notable.

*These synopses were culled from www.imdb.com and http://movie.naver.com.