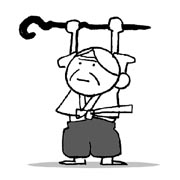 Excess production of testosterone does not necessarily involve a racy affair between a man and a woman. The fatality rate of men between ages 15 and 24 is four to five times higher than the rate for women of the same age group. Because of the surge of this male hormone, men often find themselves engaging in unreasonable and reckless acts such as riding a motorcycle without wearing a helmet or driving a car over the speed limit without wearing a seat belt.

As the storms and stress of youth pass, fatality rates for men and women even out until a gap grows suddenly when they reach their 50’s. The main causes of death include heart-related diseases, such as myocardial infarction, or strokes. Five out of every thousand males between ages 55 and 64 die from cardiovascular illnesses. In contrast, women only begin to be afflicted by cardiovascular problems when they are in their 70’s and 80’s in general. In both developed and developing countries, the average lifespan for women is five to 10 years longer than for men.

Dr. Thomas Perls, the principal investigator of the New England Centenarian Study at Boston University, said one of the reasons for women’s longevity is their relative deficiency of iron. Iron is known to accelerate aging by stimulating reactive oxygen. Women’s menstruation may contribute to the loss of iron, which delays aging and postpones cardiovascular diseases. Ironically, menopause also helps women’s longevity, cutting out the risk of dying while giving birth to a child at an older age. These factors are in addition to what we know about healthy lifestyles and habits. In general, women smoke and drink less than men do and tend to be more social and friendly.

As we get old, women become more powerful. In the centenarian population around the world, 85 of 100 people over the age of 100 are female. This Chuseok holiday, I had a chance to visit farming villages, and when you reach the rural countryside, grandmothers are the dominant group.

The old ladies are called “Halmazonesses,” a newly coined moniker combining “Halmoni” (or grandma) and Amazon warriors. It is hard to find elderly men in town halls, fields and markets. A few days ago, a special Chuseok holiday TV show featured an interview with an elderly lady about her lonely countryside life. She said, “The television is my husband now.” But it might be better for all of us that it is the woman, not the man, who gets to live longer. We joke that men are useless when they get older and that they always need “a wife, a spouse, a partner, and a mother for their children.”

Poet Henry Wadsworth Longfellow celebrated the happiness in his old age: “Age is opportunity no less/ than youth itself, though in another dress/ and as the evening twilight fades away/ the sky is filled with stars, invisible by day.” I hope that our elderly ladies enjoy their longevity and find their stars.