Through music, search for self

Through music, search for self 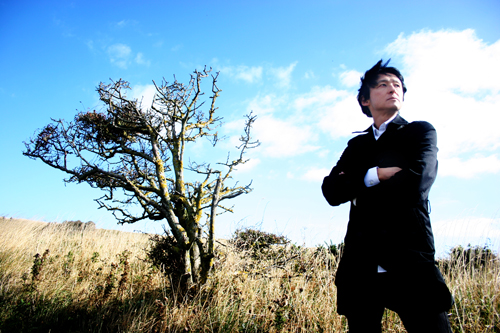 
Yang Bang Ean is often referred to as a crossover musician, a term used for artists who combine different genres in their music. For Yang, however, the label does not fully fit.

Of course, like other crossover musicians, Yang mixes and matches many different music styles - his range spanning from classical and rock to international and world music.

But what distinguishes the genre-busting Yang is that he goes one step further: he not only mixes and matches music styles, but he includes sounds of nature, too.

While most musicians record their albums in soundproof studios, Yang often records his songs with studio windows wide open. He has even recorded in the middle of a green field.

“I even include the fragrance or the moisture of the woods in my music,” said Yang.

Yang’s music has ripened as the musician has aged. Reaching 50 this year, the tone of his music is sterner and more harmonized than ever.

For Yang, any genre is fair game. Classical and electronic music blend in perfectly, while Korean traditional and Mongolian folk music come together harmonically.

Yang’s music is representative of his life.

The musician’s autobiography “Frontier,” released last month, tells his life story as he moved from one place to another. Yang hopes that his book “acts as a reference to many adolescents with diverse dreams.”

His diverse interests in music started when he was young.

He had his first piano lesson when he was 6, which he continued until he reached 21. In his adolescence, Yang also became absorbed with rock music.

In fact, he said music genres did not make any difference for him. From jazz to new age music, Yang enjoyed it all.

As a young boy, he would secretly go into his older brother’s room and listen to classical records of Bach and Mozart, then sing the hit pop songs of the time.

When he entered high school, he joined a rock band as a keyboardist. Nothing seemed to get in his way, until the day he talked to his father about going to university. Yang’s father was stubborn. “If you fail to enter a medical school, I will kick you out of my house,” his father informed his son.

Most of his family and relatives were engaged in the medical industry, working as either doctors or pharmacists. After realizing that it was impossible to change his father’s mind, Yang decided to obey him.

He eventually became a doctor to obey his father’s wishes. It didn’t last. When he was 25, he quit his medical career and was subsequently kicked out of his house by his father. He just couldn’t let go of music.

Yang worked as a composer and a sound producer for Japanese and Southeast Asian singers until 1996, when he first released his solo album, “The Gate of Dreams.” Right away, the musical world was stirred by Yang’s technique of mixing classical music with oriental instruments such as janggu, a Korean drum, or kkwaenggari, a small Korean gong.

Yang is actually more popular in Japan, where the second-generation Korean-Japanese is known by his Japanese name Ryo Kunihiko.

His father was from Jeju Island and his mother was North Korean. He was born in Japan and attended Jochongnyeon school. Only after reaching 30 was he able to acquire Korean citizenship.

This unique, multinational background is what spurs Yang to produce music - to find his inner self.

Q. Do you regret going to medical school?

A. I don’t regret it. Anyhow, the big picture of my life was always being a musician. In order to soften up my father’s heart and continue music, I had no choice but to study medicine.

Was there a domestic war in your home?

I was kicked out of the house instantly. I felt sorry for my father who was struggling with liver cancer. But still, I couldn’t give up my dream.

Why did you suddenly make a solo debut?

When you compose or produce a song, that’s still your work, but for someone else. I even chose music over the lucrative job of being a doctor. I had to show the real color of my music.

How would you categorize your music?

Once you [are in a] category, you cannot help but produce contrived music. I only concern myself about whether or not the music surging from my heart would touch the listeners’ hearts, just as it touches my heart.

You are indeed a pioneer in creating new kind of music.

It’s an overstatement. I just look for something that stimulates my music.

When would be the time you stop being a musician?

Everyday, I think about when to end my career.

Isn’t there a new field of music that only you can create as a person with a unique identity background?

I would definitely create music that speaks out the message of peace, connecting the two Koreas together.