The whole world in their hands

The whole world in their hands 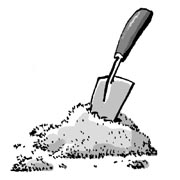 While Xerxes the Great of Persia was waiting for an opportunity to invade Greece, he sent a messenger to Sparta demanding a fistful of earth. In those days, earth symbolized the basis of the nation and the source of wealth and his request was a roundabout way of asking Sparta to subjugate itself to Persia. King Leonidas of Sparta turned him down and set out to Thermopylae with 300 elite Spartan warriors.

This simple exchange became the basis for a three-day battle in which Greece’s city-states were defeated by the Persian Empire.

Today, a formal demand for a fistful of earth would be unthinkable. Instead, we have a smokeless war and demands unspoken.

The controversy is focused on the “rare earth elements.” First discovered in the 18th century in Northern Europe, these are a collection of 17 chemical elements.

The 17 elements are scandium, yttrium and the fifteen lanthanides. The name “Lanthanum” comes from the Greek “lanthanon,” meaning “I am hidden.” Dysprosium, which also belongs to lanthanide category, means “hard to get” in Greek. These rare materials are key materials in high-tech industries such as semiconductors and electric automobiles and are indispensible to green industries.

The most notable of Japan’s eco-friendly high-tech products is the Prius, a hybrid electric car by Toyota. Each electric motor in the Prius requires 0.9 to 1.8 kilograms of neodymium, a rare earth element whose name means “new twins” in Greek. Seventy percent of the rare earth elements reserves are concentrated in China, which produces 97 percent of the world’s rare earth element supply. Until mid-2000, rare earth metals were traded at a reasonable price, but as the Chinese government began to control the trade, the price has skyrocketed. Terbium, which is used to bake lasers and fluorescent lamps, are traded for over $300 per kilogram.

The industries that had been built on rare earth metals when they were cheap are now struggling from withdrawal.

As if predicting the rise in demand for rare earth metals, Deng Xiaoping said in 1992: “There is oil in the Middle East, but there is rare earth in China.” He also said: “I don’t care if the cat is black or white, as long as it catches mice.” The rare earth elements are represented by the while cat and oil symbolizes the black cat.

In a recent example of how powerful these elements are becoming, Tokyo was going to put a Chinese boat captain on a trial for operating near the Senkaku Islands (the “Diaoyutai Islands” in China), but surrendered after Beijing threatened to suspend exports of rare earth elements.

A handful of rare earth is a mighty source of power indeed, and we in Korea should take note. As of the end of August, the rare earth elements reserve in the Korea Resources Corporation is 3 tons, only 0.3 percent of the target volume.