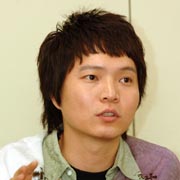 Comedian and singer Shin Jung-hwan, 35, has fled to Nepal, a close confidante of his revealed in an interview with Ilgan Sports, the JoongAng media group’s entertainment daily.

The source, who wished to remain anonymous, said Shin has been in Nepal for several days now.

“I assume he went there to get away from Korean tourists and have some time to think,” he said.

After allegations surfaced that he went on a gambling spree in the Philippines last month, the entertainer reportedly fled to Hong Kong and Macao.

The entertainer has a history of gambling. He was fined 7 million won ($6131) in 2005 after he was caught gambling, which is illegal in Korea.

In a phone interview with Ilgan Sports, Shin’s manager said, “I can’t tell you where Shin is in Nepal exactly. However, he did say that he would return to Korea in mid-October.”

Meanwhile, the Seoul Supreme Public Prosecutors’ Office is in the middle of its own investigation into Shin’s gambling.