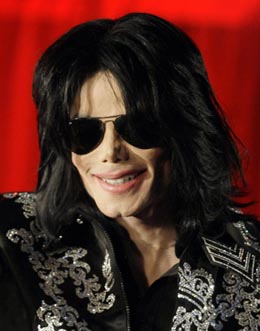 LOS ANGELES - Michael Jackson’s final business manager asked a judge Tuesday to unseal detailed financial records from the singer’s estate, arguing that the sealing of the documents could prevent him and other creditors from being paid.

The movie featured clips from Jackson’s rehearsals for a series of comeback concerts.

Tohme claims he negotiated the contract for the concerts and is entitled to 15 percent of the revenue from the film, DVD sales and album.

Tohme’s attorneys argued in the filing that he and other creditors should have access to unredacted copies of a report filed last week by estate administrators regarding Jackson’s post-death finances.

The motion seeks access to revenue, expense and profit information that is not publicly available.

Jackson estate attorney Howard Weitzman had not seen the motion and said he could not immediately comment.

The estate’s filing included a summary of the business deals reached since Jackson’s death on June 25, 2009, at age 50. Columbia Pictures paid $60 million for the rights to “This Is It” in a three-way deal between the studio, Jackson’s estate and concert promoter AEG Live.

Many of the deals required approval by a Los Angeles judge, who has already sealed some aspects of the agreement.

Tohme’s motion argues that if the detailed financial figures are not publicly released, they should be provided to creditors who have filed claims against Jackson’s estate. Some claims have been paid, although others by former Jackson associates have gone unpaid.

A hearing on sealing the records and Tohme’s motion is scheduled for Oct. 7.