A system for delivering hope

A system for delivering hope 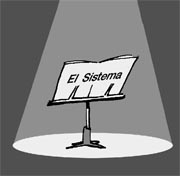 In the 18th century, the city of Venice was not only full of water but also with orphanages.

This was because the freewheeling sex life enjoyed by the Venetians produced many children born out of wedlock who were then abandoned by their mothers.

Four of the orphanages were exclusively for girls. One of them was Ospedale della Pieta, a convent, orphanage and music school.

To inspire the children, the women of Ospedale della Pieta gave them an intensive education in music.

The program was a success. About one third of the girls who grew up there became highly accomplished musicians. People from all over Europe flocked to Venice to hear the school’s orchestra.

Perhaps none of this is surprising considering that the school’s violin master was Antonio Vivaldi. His “Four Seasons” must have truly been inspiring for his students to hear.

There is a Korean version of the Pieta orchestra. It is the orchestra of the Busan Boys’ Home, which is run by the Sisters of Mary.

What the two institutions have in common is their commitment to nurturing unfortunate youths through music.

Meanwhile, the Sejong Youth Harmony Orchestra, which was inaugurated by the Sejong Center for the Performing Arts in July, also aims to inspire hope and give confidence to unfortunate youths through music.

The program is modeled after El Sistema, a music education program for young people from poor families founded in Venezuela.

El Sistema started with 11 children at a garage in the slums in Caracas in 1975 and has since grown to include 125 youth orchestras under its umbrella. In the course of its 35-year history, more than 300,000 young people have learned music through El Sistema. The program is credited with helping young people find their life’s goal through music and delivering them from violence and crime.

The founder of El Sistema, Jose Antonio Abreu, was recently selected as the winner of the 10th Seoul Peace Prize. His theory - that music is the most effective preventative against drugs, prostitution and other social vices in the lives of children - still makes my heart flutter.

The news that 24 percent of students at primary, middle and high schools in Korea are in a situation in which they are exposed to the dangers of drinking, gambling and depression, is extremely troubling.

Now more than ever we need to expand the Korean version of El Sistema, as found in the Sejong Youth Harmony Orchestra.

Our children’s futures are at stake.