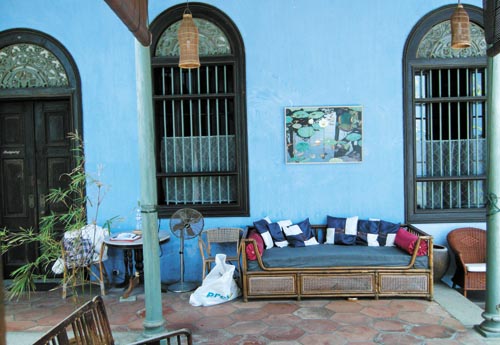 
PENANG, Malaysia - A melodic Arabic prayer echoed through the streets of George Town on a recent afternoon, during a visit to this Malaysian town on the northwest coast of the peninsula. The haunting hymn in minor keys was coming from inside the Kapitan Keling Mosque in the center of town.

Just a block or so away, a row of pink-colored incense sticks surrounded by a thick cloud of fragrant smoke stood in front of the Goddess of Mercy Temple, as worshipers and visitors alike tried to dodge the burnt ash flying in the vicinity. A few feet away from the two-century-old Chinese temple, European tourists in flip-flops and tank tops, sat in hawker stalls outside as they sipped iced teas and beer while basking in the afternoon sun.

The hybrid nature of Penang, a Malaysian island, state and former British colony, brings about an indefinable quality to this relatively remote part of the country. In Penang, where burkas, bindis and Buddhist prayer beads coexist, it is hard to categorize passersby into a particular culture.

The mixture of architectural styles in George Town, the history-laden capital of Penang, reflects the heterogeneous quality of the island. Buildings like the indigo-colored Cheong Fatt Tze mansion, the luxurious mansion of its eponym built in the 1880s, represent the high-end taste of wealthy Chinese at the time. The Cheong Fatt Tze mansion, now turned into a boutique hotel, is a must-go for any first-timers to George Town. Complete with an elaborate courtyard, a long staircase, stained glass windows and intricately carved antique wooden chairs, the mansion mirrors the eclectic nature of Penang’s culture, in which influences from Europe, China and Southeast Asia can be felt all at once. The scenic house was featured in the 1992 Oscar-winning French film “Indochine.” 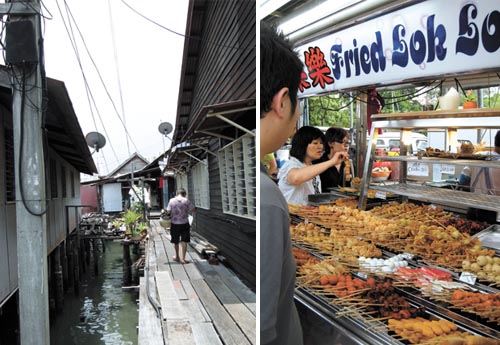 
My first trip to this foreign island was made more foreign by the fact that throughout the five-day trip, I didn’t encounter a single Korean tourist besides myself. Every tour guide I came across seemed shocked to find out I was from Korea, not China or Japan.

“You are our first Korean visitor in six months!” proclaimed a ticketing employee at Khoo Kongsi temple, another architectural landmark in Penang and home to the Chinese Khoo clan many years ago. “Because of our colonial past, we usually get a lot of European tourists, especially British.”

“Compared to top Asian tourist destinations for Koreans like Hong Kong and Thailand, it is true that Malaysia has been sitting on the back burner,” said Rim Eun, public relations executive at Tourism Malaysia Korea, the local branch of the Malaysian tourism office.

The tourism office said that around 227,000 Koreans visited Malaysia last year. The number of Koreans visiting Malaysia has been on a steady climb, from around 72,000 in 2000 to 189,000 in 2006. According to Rim, however, the majority of these visitors go either to the capital, Kuala Lumpur, or to beach resorts like Kota Kinabalu.

The recent announcement from AirAsia X, the Malaysian long-haul budget airline, that it will start flying to Incheon starting this November is expected to attract more interest in Malaysian tourism among Koreans.

“After AirAsia’s launch, we aim to see around 300,000 Korean tourists to Malaysia a year,” said Rim. 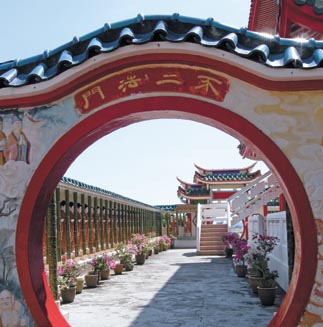 Unlike the country’s more recognized regions, Penang draws a particular type of tourist, the so-called “cultural tourist,” according to Christopher Ong, an award-winning hotelier and native Penangite who last year opened Clove Hall, a 1920s British colonial-style mansion that he renovated into a hotel.

“There aren’t a lot of direct flights to Penang. The people who come here put in more effort for the trip,” said Ong. “They are the cultural tourists who are conscious or curious about modern Asian history and architecture from different eras.”

Ong’s quaint, five-suite boutique hotel, complete with antique British colonial-style furniture and a marble lobby, used to be a “party” house that was owned by a group of friends and stands on what used to be a colonial plantation.

After George Town was named a Unesco World Heritage Site in 2008 along with Malacca, efforts similar to Ong’s, in which old, historic buildings are restored and renovated to attract modern tourists, have been growing.

Another such restoration effort took place at Suffolk House, which was originally built during the early 19th century and owned by Captain Francis Light, the founder of the British port settlement of Penang. Extensively damaged after the British left Penang, the large mansion - Malaysia’s only surviving Georgian mansion - was fully restored and reopened in 2007 in collaboration with the Penang state government, HSBC Bank and the Penang Heritage Trust. 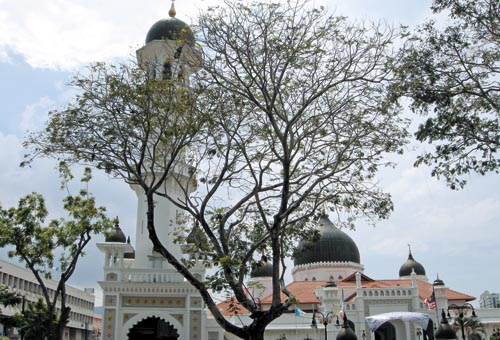 The Kapitan Keling Mosque, was founded in 1801. Both are popular draws for tourists.


The two-story, Euro-Indian mansion’s restoration is ongoing, but most of the house is now restored to its original form. A brass chandelier with curved arms and candle lamps, terracotta floor tiles and champagne-colored walls surrounding tall timber doors, take visitors back two centuries when the mansion was the scene of numerous important social events. In 1818, for example, Stamford Raffles, widely-known as the founder of Singapore, dined in the marble hall inside Suffolk House, during which many believe that he discussed the founding of Singapore with Penang’s governor, John Alexander Bannerman.

Malaysia’s close historic link with neighboring Singapore has long sparked tension and a sharp consciousness about each other’s development throughout the decades. And if you speak to anyone in Penang over 50 years of age, it is likely they will tell you of the famous televised speech that Lee Kwan Yew, Singapore’s first prime minister, gave on Aug. 9, 1965, after Singapore was expelled from Malaysia and Lee declared Singapore a sovereign, democratic nation.

“Lee Kuan Yew was a brilliant man. When he studied in London, he passed the law exam after just one time! You know, the first prime minister of Malaysia - that playboy - failed the exam six times!” said Moey Wooi Seng, a taxi driver in George Town who said that as a Penangite of Chinese ethnicity, he has faced a lot of discrimination from Malays. 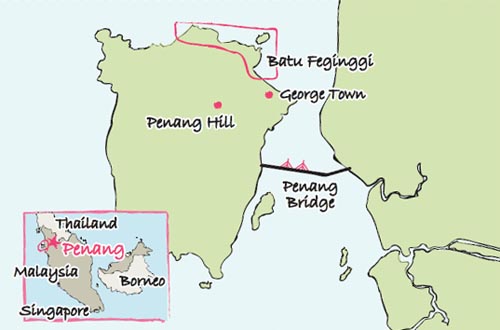 As he continued to joke about the present state of Penang, a hidden poignancy about what he really felt about his hometown managed to peak through.

“Singapore is great - all clean and modern. But what fun would it be if everything was set up for you like that? If I really ended up leaving Penang, I think I would be bored out of my mind, missing all the chaos and controversy that its strange, mixed heritage brought on.”