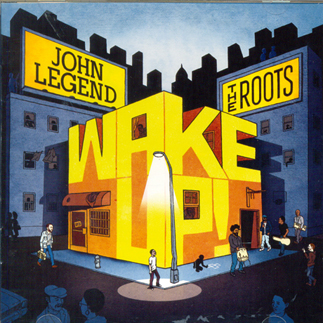 “Wake Up,” the long-awaited new album by John Legend, is a joint effort with The Roots.

The Roots is a Philadelphia-soul inspired band that John Legend considers “one of the greatest bands in the world.”

The album was produced during the 2008 presidential election, which is apparent with the politically inspired tracks.

The songs are comprised of various genres such as gospel, jazz, rap, reggae and rock, but have a strong emphasis on soul. The title track, “Wake Up Everybody,” is sung by John Legend and Melanie Fiona. The track “Humanity” is a soft balance between reggae and R&B.

“I Can’t Write Left-Handed” revives Bill Wither’s original song, which is about a soldier who lost a hand during the Vietnam War and must ask others to write a letter to his mother. Overall, this is a good example of John Legend’s adaptability and the musical abilities of the soul singer and his band.