True cost of a product

True cost of a product 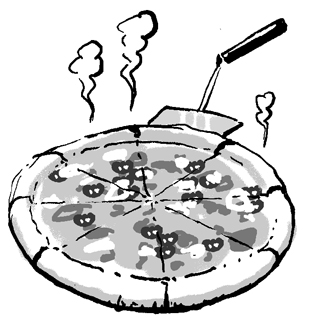 Popular sports brand Nike suffered great difficulties in the mid-1990s because of a photo that was released showing a boy sewing a football. A football is only completed after 32 pieces of hexagonal leather are sewed together 1,620 times and this child, working at an outsourced Nike factory in Sialkot, Pakistan, was just one of many under-age workers engaged in 13-hour workdays. After this story was covered by Life magazine, Nike’s share prices plummeted.

This example is given whenever the social responsibility of business and sustainable business management comes up.

The so-called ethical consumerism movement asks people to consider the environment, production process, effects on society and the ethical standard of businesses when they purchase products and services. It is also called “moral consumption.” Low prices are not always the deciding factor in a purchase. Buying local farm products to support local economies can be classified as “moral consumption.”

The fair-trade movement intends to achieve the same goals. While farmers in the third world make very little from the sale of a kilogram (2.2 pounds) of coffee beans, 99 percent of the profit is taken by coffee companies, export-import traders and retailers. If we were to consume fair-trade coffee, we would at least avoid being accessories in what critics call robbery.

Ethical consumerism considers shopping a social activity. Ethical Consumer, a British magazine that is a leader in the ethical consumerism movement, advises people to consider purchases as they would an election. Buying a 4-wheel-drive vehicle with low fuel efficiency is a vote against environmental protection.

However, there are limits to the movement. When the economy goes south, consumers will undoubtedly look for the cheapest option. Despite the tough economy, the movement is actually gaining power. McKinsey and Company, a global management consulting firm, recommended people purchase products considering the social reputation of companies in 2007.

The recent controversy over “big and cheap” pizzas sold at E-mart is also related to ethical consumption. On one side, Jeong Jae-seung, a professor at Korea Advanced Institute of Science and Technology (Kaist), posted a Tweet saying: “Consuming cheap pizza, ‘which consumers do not need and can do without’ at E-mart is not reasonable.” On the other side, Chung Yong-jin, vice chairman of Shinsegae Group retorted, “It’s a consumer’s instinct to want to enjoy cheap and good food,” adding “they try to color consumption with ideology.”

It is difficult to say which side is right, but there is one thing Chung failed to note.

Although consumers nowadays seek affordable and high-quality products, they are increasingly becoming aware of moral purchases in consideration of a society in which people of all walks of life live together.