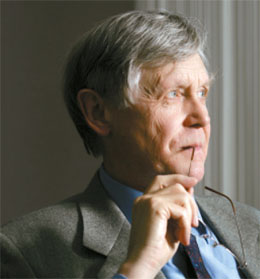 The Belgian Embassy in Korea stressed increased interdependency between Asia and Europe and the growing role of Asia in the financial sector at a meeting with members of the press and other ambassadors on Sept. 30.

At ambassador Pierre Clement Dubuisson’s residence, he said the 12th Asia-Europe Business Forum held in Brussels yesterday was a chance to enhance mutual cooperation between the two continents to cope with the world economic crisis.

“We expect the two regions can understand their counterparts in the financial field through the forum, which discussed restoring financial capability and trade integration,” the ambassador said at the meeting.

The AEBF, a consultative committee on the financial sector for the Asia-Europe Meeting, was held yesterday in Brussels in parallel with ASEM, which is scheduled to wrap up today. Invited were 250 high-profile political officials and top managers in the financial industry from 50 countries in Asia and Europe.

Ryu Jin, the chairman of Poongsan Corporation, Kim Ok-chan, the executive director of Kookmin Bank, and Ki Dong-whan, the managing director of Woori Investment and Securities all took part in the meeting.

“We hope we can exchange useful information with European banks at the forum in order to build more bank branches in Korea,” Ki said at the meeting.

Said Kim: “I want to figure out how European banks have dealt with the world economic crisis by meeting many authorities in Europe.”

According to Dubuisson, the meeting will discuss a variety of issues from public economics to environmental problems.

“The timing [of] the forum is very appropriate,” Dubuisson said. “Korea will have [the] G-20 Summit in Seoul in upcoming November and ASEM started on the same day of the forum.”

The ambassador added that the forum is a place for more than exchanging views on economic issues.

“The forum can be compared to the Davos Forum in the financial field,” the ambassador said. “We expect it to function as place for exchanging opinions among high-ranking officials in the EU, such as Herman Van Rompuy, president of European Council.”