Ahead of his time, Yi defined modernism

Ahead of his time, Yi defined modernism 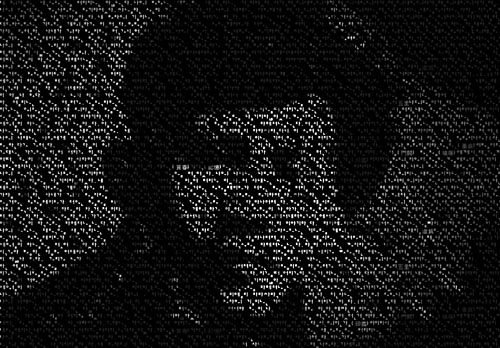 
A siren sounds announcing noon. A man looks down from the top floor of the Mitsukoshi department store in central Seoul and people seem to be flapping their arms like a chicken. Glass windows and marble floors jiggle endlessly. The man finally summons his wings.

The last scene of Yi Sang’s novel “The Wings” represents the integration of Yi’s life as a modernist, and thousands of artists over the years have attempted to recreate it. With this year marking the 100th anniversary of the Korean writer’s birth, many Yi Sang experts have taken the chance to put on exhibitions to commemorate the legendary artist.

Kim Hae-gyeong - Yi Sang was his pen name - is among the few Korean writers of the early 20th century who still attract the interest of young readers.

“Yi Sang was a person who created his own language, his own world and played in it. That fascinated me,” said Cha Ji-ryang, a young artist in his 20s, who is participating in the ongoing exhibition that pays homage to Yi Sang at Seoul’s Arko Arts Center.

Yi is considered a forerunner in modern Korean literature, in spite of his short lifespan of just 27 years. 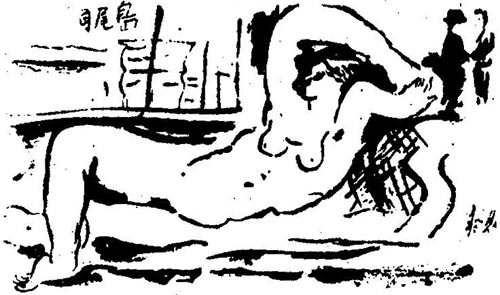 
Many of his works are unrefined and unfinished. He was a modernist who frequented the Mitsukoshi department store area in Myeong-dong - now Shinsegae department store - which was a youth hot spot in the 1930s.

The self-described “taxidermied writer,” according to Yi’s most famous piece “The Wings,” tried to fill the void between his inner self and what was presented on the outside, which few modernists at the time pursued.

He developed his own writing style by abandoning the typical structure of writing. Instead of expressing himself by only using letters, he included numerals and geometrical figures within his texts - a pattern best exemplified in “Crow’s Eye View.”

Besides experimenting with new literary forms, he was at the forefront of exploring and expressing one’s inner self during a time when most modern Korean writers were obsessed with political or social commentary in light of Japanese colonial rule.

Yi wrote about what he had experienced, witnessed and felt - oftentimes by disassociating himself from the subject matter - and in doing so, explored his identity. 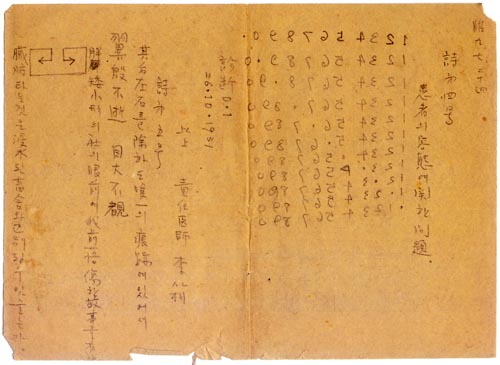 
Many Korean literature critics who have made a career out of studying Yi’s works have traced the origin of his portrayal of modernity.

Kang In-sook, director of Youngin Museum of Literature, narrows his main influences down to three: his urban upbringing, engineering background and interest in the arts.

With next to no knowledge or experience in the countryside, Yi was surrounded by modernity during his life. “If he had seen a bear in the mountains, he would have thought that it must have escaped from the zoo. That’s how urbanized he was,” said Kang. His urban lifestyle and reflections on it with like-minded thinkers of the time influenced him to become a member of the Committee of Nine Writers, a group composed of modern writers and artists, in 1933 to advocate his choice of literary style.

Yi had no formal education in literature, but was originally trained as an engineer. A graduate of Gyeongsung Industrial High School, a prestigious engineering school of the time, Yi was one of its top students. The school turned into the College of Engineering, Seoul National University. He took a job after graduation as an architect with the Japanese Government General of Korea.

His education in engineering influenced his art. Experts say excellence in mathematics and science would be prerequisites to creating a piece such as his famous “Crow’s Eye View.” In fact, instead of hampering his creativity, experts say that Yi’s lack of literature education could have made it easier for him to create his own writing style.

Yi Sang worked as an architect for most of his life.

He tried his hand in various fields of literature, from poetry to novels to essays. But for Yi, the boundary separating the genres was never clear. His novels included essay-like qualities, and his characters were influenced by people he knew in real life.

Lastly, his love of the arts contributed to his rendering of modernity. While many only know Yi as a writer, he had also wanted to become a painter, even submitting illustrations for publication. Well before he was an engineer, it was clear he had a potent creative side. In high school, Yi entered art competitions, and later when he was working as an architect, he even won a front page competition for the academic paper “Joseon and Architecture.” He worked on illustrations for “The Wing” and Park Tae-won’s (1909-1986) “Novelist Gubo.”

“Painting opened another window for him to be more creative with his style of writing,” said the manager of Arko Arts Center Oh Mi-na.

Being a Seoul-based architect with a desire to paint put him on the path to his modernist take of Korea. But Yi was ahead of his time and was not given the respect or appreciation he deserved. Soon after his serial “Crow’s Eye View” began running in the Joseonjoongang Daily newspaper in 1934, it was pulled after only 15 installments because of reader complaints. The public couldn’t relate to his modernist thinking or see eye-to-eye with him as a writer.

It wasn’t until 1955 that his work began to get attention. Lee Eo-ryung, writer and former minister of culture, sports and tourism, has praised Yi’s literary work, crediting him with founding modernism in Korea.

In the 1970s, Yi emerged as a subject of study in Korean literature, and in 1977 the Yi Sang Literary Award was established - now one of the most competitive literary awards in the country.

Though Yi considered himself a modernist, he could still be seen as a traditionalist when it came to family life, museum director Kang said.

His obsession and jealousy toward his wife, Byun Dong-rim, only worsened in the year they spent together. He died in 1937, just a year after getting married. Their relationship was further strained when Yi was forced to quit his job because of health reasons, making her the family’s breadwinner.

“He then made the mistake of impersonating his wife as one of the modern girls he wrote about, which openly hurt Byun’s pride and made her furious at him until the day she died,” said Kang.

For a writer who only lived 27 years, it is all the more impressive that he created such a body of influential work. Experts openly fantasize about what could have been had he not died so young.

“It’s mainly because he was underestimated in his years,” according to Kang.

Many Yi Sang experts, including Kang, have been trying give Yi what he deserved.

“Looking at Yi’s writing could help the current generation to rethink the modernism he pursued a century ago,” said Kang as she explained why she was holding an exhibition. With constant attention from the current and future generations, the “taxidermied writer” himself can be reborn in flesh and blood again in this modernized world, she said.

*The exhibition “Yi’s Emergence” is being held at Arko Art Center in Daehangno, central Seoul, through Oct. 13. It is open Tuesday through Sunday from 11 a.m. to 7 p.m. To get to the art center, go to Hyehwa Station, line No. 4, exit 2. For more information, go to www.arkoartcenter.or.kr.