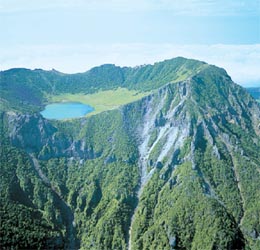 Unesco’s Global Geoparks Network (GGN) announced during a steering committee meeting on the Greek island of Lesvos that a group of nine geological attractions in Jeju have been added to its list of world geoparks. 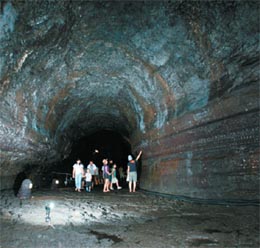 The world cultural body recognizes sites with unique landscapes and geological formations as world geoparks not only to preserve them but also to promote the locations.

Mount Halla, Seongsan Sunrise Peak and Manjang Cave were previously listed on the Unesco World Natural Heritage sites in 2007. On top of that, Mount Halla was named a Unesco Biosphere Reserve in 2002.

With the Global Geoparks Network certification, Jeju becomes the only place in the world with three Unesco certifications. 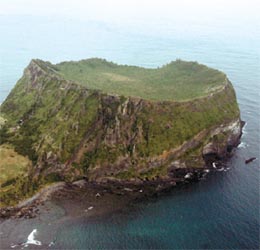 The Jeju provincial government said it will make greater efforts to both preserve the sites and use them as attractions to draw tourists. The local government plans to establish a special team with professional geologists to take care of the parks. Additionally, a tourist center will be set up.

Unesco will award its certificate at the 5th International Unesco Conference on Geoparks in 2012, which is to be held on Japan’s Mount Unzen.