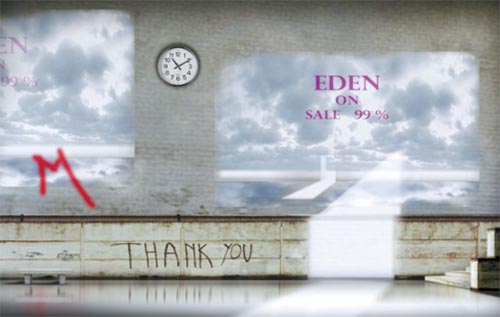 A KNO computer-rendered set provides the background for “Mefistofele,” which runs from Oct. 20 to 23. Provided by Korea National Opera


For opera lovers, this has been a year to remember. There have been a number of operas that have diverted slightly from mainstream Verdi or Puccini.

“Idomeneo” by Wolfgang Mozart and “Judith Triumphant” by Antonio Vivaldi have been performed in Korea, both of which were introduced here for the first time this year.

Hoping to build on their success is “Mefistofele” by Arrigo Boito. It will open two weeks from today at Seoul Arts Center. Boito, who is well known as a libretto writer for Verdi’s operas including “Othello” and “Falstaff,” finished writing the opera when he was just 26.

“He is known as the person who inspired Verdi when he seemed to lose his creativity,” said Kang Hyuni, public relations manager at Korea National Opera in a press release last month.

Boito’s first and only opera Mefistofele, based on “Faust” by Geothe, first premiered at La Scala Theater in Milan in 1968, but the performance did not last. Audiences of the day criticized it for being too lengthy in time and grandiose in size. He had to cut out a chunk of the performance and bring a revised version back to the public.

It got a much better review, but the scale was still too big for most production houses to handle.

Unlike many other works that are inspired by “Faust,” Boito starts the piece from a scene in which the devil suggests he would seduce and coax humans. Since Geothe wanted to show the goodness in humans, regardless of how susceptible they may be to the devil’s words, Boito carries the same message.

In the prologue, which is going to be the essence to understand the entire opera, the audience is led to appreciate the goodness that is inherent in human beings.

Korea National Opera - which has aimed to introduce diverse operas since art director Lee So-young took over - chose to do this seldom-performed piece with director Davide Livermore.

“It was very hard to recreate scenes, since there are not many precedents of this opera to get help from,” Kang said. “From the single garments that singers wear on stage, to the stage directing, the directing team had to bring all the creativity it had.”

The KNO had focused on expressing the beauty and power of the human voice. Now, it is offering an opportunity to ponder the existence of humans though opera.