The prized season, without Koreans

The prized season, without Koreans 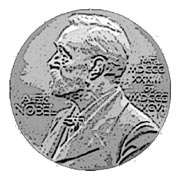 In September 1995, President Kim Young-sam announced a plan for the establishment of the Korea Institute for Advanced Study, declaring that the government would “challenge for the Nobel Prize” on a national level. He also presented a highly motivated goal of “raising the level of Korea’s basic sciences to that of the world’s seven leading countries in science and technology by 2010.”

The following year, KIAS was launched with the aim of nurturing creative scientists in the fields of mathematics, physics, chemistry, biology and economics.

Only now, fifteen years later, is it clear that talented manpower in the basic sciences cannot be raised in a short time. From the beginning, it was not a good idea to think that scientists could be raised in the same way as Olympic athletes at a training camp. Except for former President Kim Dae-jung’s Nobel Peace Prize in 2000, which became controversial, there have been no Koreans who have received the Nobel Prize in basic sciences or economics.

As far as the Nobel Prize is concerned, Jews are a unique people. Between 1901 and 2009, 802 individuals were named Nobel laureates. Among them, about one-fifth, or 184, were Jews. Among the 282 awardees with American nationality, more than one-third were Jews. They have especially excelled in the fields of medical science, chemistry and physics, including Paul Ehrlich, who found the cure for syphilis, and Albert Einstein, who developed the theory of relativity. More than half of the awardees for economics, which was first awarded in 1969, were Jewish American.

What is the reason that the Jews, whose population is about 14 million - less than 1 percent of world’s population - dominate Nobel prizes? Park Jayson, a retired diplomat and author of “The Jewish Power,” said the answer can be found in history. The Jews, who experienced the Diaspora, suffering from persecution and deportation for centuries in Europe, found it difficult to engage in agriculture or the manufacturing business that required them to settle in one place. As they were often forced to move to a new place, they instinctively relied on their intelligence. In addition, they emphasized pragmatic education that puts more weight on software than hardware.

The Nobel Prize season is upon us. Starting with the winner of the prize for medical science on Monday, the awardees for physics, chemistry, literature, peace and economics will be announced until the beginning of next week. Whenever there is a change in political power in Korea, the new government pledges to win a Nobel Prize in science, to no avail. I wonder whether we may find the clue in the words of Einstein: “Imagination is more important than knowledge.” I don’t say this out of envy of a Nobel Prize. There is no future for the country if there is no progress in science and technology.