PIFF focuses on quality this year, not quantity

PIFF focuses on quality this year, not quantity 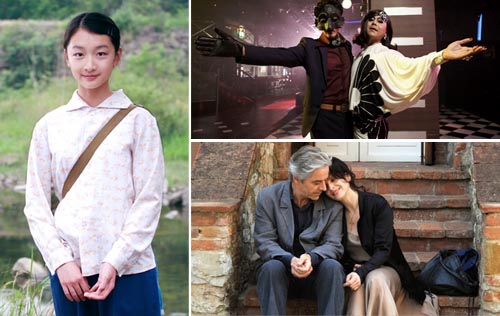 Clockwise from left: ‘Under the Hawthorn Tree,’ ‘Iron Pussy: A Kimchi Affair,’ and ‘Certified Copy’ will screen at this year’s PIFF, which opens today. Provided by the organizer


Crisp October air wafts over Haeundae Beach, hotels are full and beautiful people are streaming into the city.

For Busaners and movie lovers alike, these are telltale signs of the onset of the Pusan International Film Festival - the biggest of its kind in Asia.

PIFF director Kim Dong-ho, who will step down after this year’s festival, said the mission for PIFF has remained the same.

“We’ve stuck with the same spirit over the past 15 years: nurturing and supporting talented filmmakers in Asia,” PIFF director Kim Dong-ho told reporters in a press conference. “You’ll see many new directors and their products this year.”

The festival marks its 15th year this time around and begins today with 308 films from 67 countries - 47 fewer films compared to the previous year. But PIFF boasts the biggest number of world premiers with 103 and international premiers with 52, where films are shown for the first time outside home countries.

Unlike last year’s festival, which opened with the Korean film “Good Morning President,” this year’s festival opens with Chinese director Zhang Yimou’s “Under the Hawthorn Tree” - based on the 2007 Internet novel “Hawthorn Tree Forever,” a love story set in the Mao Zedong period.

“Zhang has produced blockbuster films such as ‘House of Flying Daggers’ (2004) and ‘Curse of the Golden Flower’ (2006), but you’ll see he went back to basics with this film,” said Kim Ji-seok, the executive programmer of the festival.

Zhang directed the opening and closing ceremonies of the 2008 Beijing Olympics.

Another masterpiece to be shown in Busan is “Certified Copy” by famed Iranian filmmaker Abbas Kiarostami, who rose to international fame after winning the 1997 Palme d’Or for “Taste of Cherry” from Cannes.

Featuring Juliette Binoche and William Shimell, Certified Copy follows the journey of a man and woman who decide to sightsee in Tuscany on a whim.

A dominant characteristic of this year’s festival is the number of global cooperation projects involving Korea.

“Late Autumn” by Korean director Kim Tae-yong, is a project involving Korea, China and the United States. It is a tale of love between a woman (China’s Tang Wei) on special release from prison and a man (Korea’s Hyun Bin) running from the law.

Another, “Magic and Loss,” is an independent film involving five countries.

The last don’t-miss global project is “Camellia,” the closing for this year’s festival. Three rising directors - from Korea, Japan and Thailand - produced three short films based on themes of love. All are set in Busan.

Thai director Wisit Sasanatieng’s “Iron Pussy: A Kimchi Affair” follows a secret agent named Iron Pussy and how she falls in love on a mission. 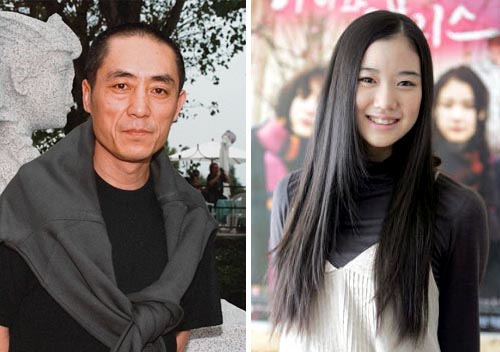 If you find yourself in Busan for celebrity watching, you won’t be alone.

Dozens of events are available. Master classes will be given by Zhang Yimou tomorrow at Grand Hotel at 7 p.m. Famed Japanese costume designer Emi Wada will hold a lecture on Oct. 13 at 4 p.m. in the same hotel.

In Open Talk program, festival visitors will have a question and answer session with directors and actors.

The first program tomorrow, with the theme of “Meet the Bollywood,” features Indian director Mani Ratnam and top Indian actors Aishwarya Rai and Abhishek Bachchan at 3 p.m. at the PIFF Village Outdoor Stage.

* Some films are already sold out, but 20 percent of theater seats are always reserved for those who purchase tickets on the day of the screening.

* The uncensored version of “I Saw the Devil” (2010) will be screened as part of Midnight Passion. Directed by Korean director Kim Jee-woon, the slasher film was turned down twice by the Korea Media Rating Board because some of its scenes “undermine human dignity.” The film stars Choi Min-sik from “Oldboy” (2003) and Lee Byung-hun from “G.I. Joe: The Rise Of Cobra” (2009).