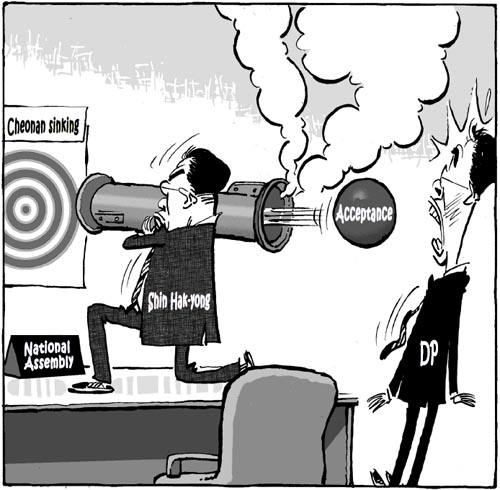 Democratic Party lawmaker Shin Hak-yong said the military ignored warning signs from North Korea ahead of an attack on the warship Cheonan in March, which contradicts his party’s earlier position that it doubts the government’s proof that North Korea was behind the incident.

By Kim Hoe-ryong from JoongAng Ilbo