From obscurity to stardom in just 1 year

From obscurity to stardom in just 1 year 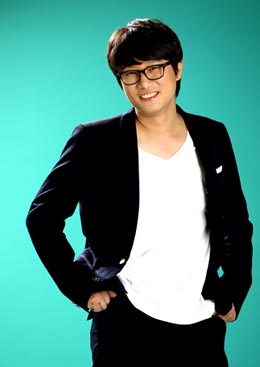 Song Sae-byeok has appeared in four movies within the course of a year. By Kim Kyung-bin

Song Sae-byeok is one of those people you would never expect to see in four movies in the course of one year - and certainly not a soon-to-be winner of the Best New Actor award at the 2010 Pusan International Film Festival.

It’s been a long journey for Song.

When he was young, Song did not really stand out and was just a quiet boy from Gunsan, North Jeolla.

“Because I kept to myself all the time, people were actually surprised when I spoke,” said Song.

This shy boy decided to enter one of Gunsan’s only two drama clubs when he turned 20-years-old. Soon after, he found himself in a professional drama club in Seoul.

Song’s popularity in Chungmuro, Korea’s main film district, does not stem from his looks or a learned sense of humor.

He simply has a natural ability to make people laugh.

“I never tried to make anyone laugh,” Song said. “Even in a certain scene in The Servant, I only read off the script they gave me. It wasn’t a comical scene, but maybe it was funny because of the situation.”

Whatever it is, he has a distinct way of talking that mixes his hometown dialect with the Seoul standard, and that contributes to his likability.

The Servant director Kim Dae-woo described it as “a rather slow way of speaking.”

Song’s reaction is a little self-conscious.

“Because people laugh so much, I wonder if I look that stupid.”

Bong cast Song right after watching him play the main role in “Haemu,” a performance prepared by his drama club.

Even while working with big names like Bong, Song never thought he’d make it this big after he played a perverted town governor in The Servant.

“When I read the script, I saw that the governor was someone who turns conventional ideas upside down,” Song said. “He was an enjoyable character to act out.

“I didn’t even consider getting picked when I auditioned because I heard that a lot of talented actors were up for the part.”

According to the director, he cast Song on the spot.

The next part that Song landed was in “Cyrano Agency,” playing Hyeon-gon.

He was recommended to the director by someone who was in charge of editing The Servant.

His role in the soon-to-be released film, “The Unjust,” came on a recommendation by actor Ryu Seung-beom, who was also in The Servant and is the brother to director Ryu Seung-hwan.

Despite his recent success, Song went through a tough period in his 20s.

“I went to some auditions in my early-and-mid 20s,” Song said. “I was rejected at every single one of them. Although I was disappointed, I reflected on my mistakes. I realized I tried to make it too quick and went back to stage acting.”

Years of scraping it out has proven to be an important lesson.

“My life offstage reflects my life onstage,” he said. “My everyday life is a big part of my acting experience.”