For Atta Kim, picture and story are but one

For Atta Kim, picture and story are but one 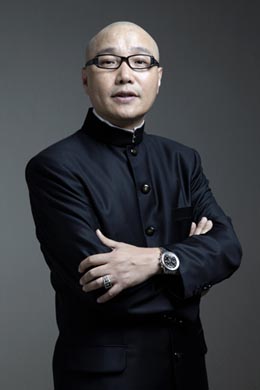 It is said that Atta Kim held his head high even to New York-native curators armed with all sorts of theoretical knowledge on photography, when they came to see his solo show in 2006 at the International Center of Photography in New York. Kim was the first Asian photographer who had a solo exhibition at the ICP, which is a dream for all photographers around the world.

Kim told them: “I dared to explore the nature of nothingness.”

After the exhibition, the curators called him a photography philosopher. Some of them coined a new word: “Attaism.”

In a recent interview with the JoongAng Ilbo, Kim repeated what he has told Western experts: “What I do is as simple as picking up the providence of nature and merely reproduce it as photography.”

Kim’s given name is Seok-joong, but he changed it to Atta.

“Atta means you and me,” he said. “A name is given to you by someone else. At the moment I recognized myself, I needed a new name to define myself. It reflects my recognition that I am just like any other object. No. Same or even lower. Atta is a name with my volition to regard myself and other individual objects on an equal level.” 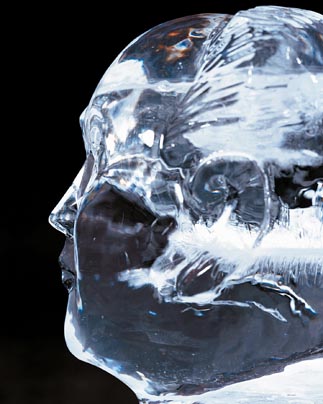 In the late 1980s, he exchanged conversations with nameless weeds, little pebbles, flowing stream water and the sun.

By conversing with nature, he trained to confirm his existence.

“I have been finally enlightened,” Kim said. “I have realized that the logic of the universe is as it is but I recognize it differently according to my identity. So, do not blame others. Everything starts from myself .?.?. I am the universe.”

The enlightenment led to photography work. For five years after 1991, he conducted the “Deconstruction” series, in which experimental photos of a group of nude models are soaked into nature. It was a gesture of self-reflection to be free from the traps of ideology by placing bodies on the field of nature like sowing seeds, said Kim.

That series was followed by the “Museum Project” series, in which photos show human bodies inside glass boxes like relics displayed at museums. The photos ask the meaning of these bodies’ existence.

“I read a lot of Eastern and Western philosophy while I work,” Kim said. “I take more time to read and reflect than the time to take pictures.” 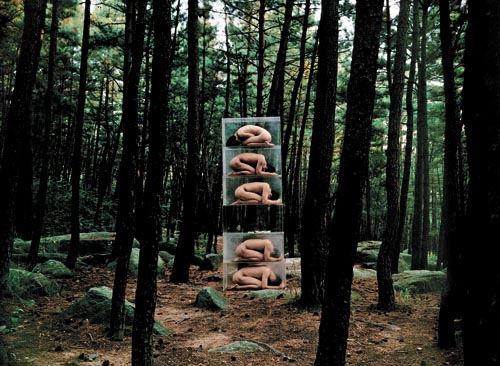 But he does not accept the philosophies as they are.

The “On-Air Project” - several smaller projects in one - brought Kim’s name to the world’s attention. It was a product of energy built up for 20 years in Kim’s own way.

The first project was the “Long Exposure” series. He exposed each frame for more than eight hours and made moving objects disappear according to their speed. 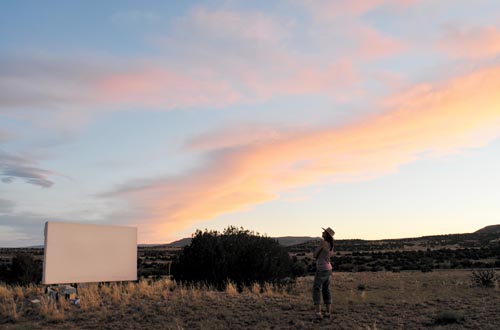 
The second project is the “Superimposition” series. He overlapped thousands of pictures to create a single image. Some of the individual features were lost while overlapping but they did not completely disappear.

The third project is the “Monologue of Ice.” The series captures the nature of ice, which slowly melts to liquid and disappears in the end. The “Portrait of Mao” is a work by Atta Kim when he captured a melting giant ice sculpture of Mao Zedong. Later he reproduced “108 Agonies of Mao” by filling 108 cups with the melted water from the “Portrait of Mao.”

The 108 Agonies of Mao represents a Buddhist concept: it helps explain the 108 types of physical and mental agony a human being can experience before, during and after life.

The “108 Agonies” work talks about the existence, nonexistence and eventually, the relation. There is nothing in the space where the ice melted, but the space is not empty, Kim said.

Starting this year, Kim is displaying the “Indala” and “Drawing of Nature” series. The Indala series superimposes artwork by famous western artists like Pablo Picasso, Vincent van Gogh and Joseph Turner. Hundreds and thousands of masterpieces overlap and end up as a cloudy color field.

The Drawing of Nature series features “drawing by nature itself,” Kim said.

He first installed blank canvases at major cities and historic sites around the world. Then wind, clouds, rain and snow, and the changing nature and environment left traces on the canvas.