At the PIFF: some hits, some misses

At the PIFF: some hits, some misses 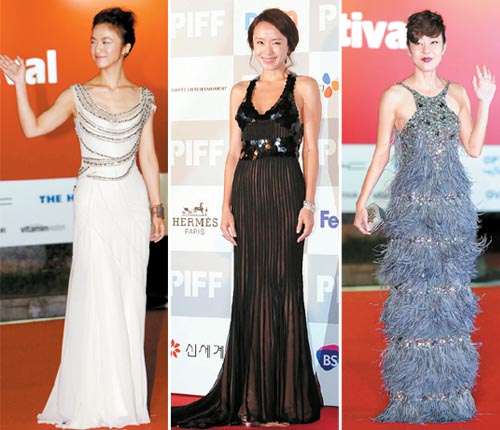 The stars were all glammed up when they walked down the red carpet of the 15th Pusan International Film Festival’s opening ceremony on Thursday night, including Chinese actress Tang Wei (top), Korea’s Jeon Do-yeon (middle) and Kim Yun-jin. But fashion watchers did not approve of all the stars’ dresses. Jeon was designated the best dressed of the night by several media members with her bold see-through dress with chic black lines. Kim’s name popped up on several worst-dressed lists with her ‘hairy’ dress. [YONHAP, NEWSIS]