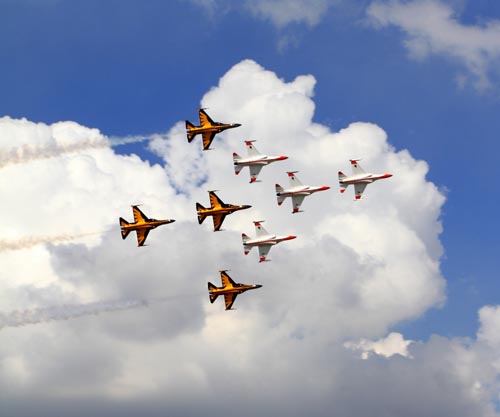 Korea’s only aerobatics flight team, the Black Eagles, took to the skies over the United States Air Force’s Osan Air Base for the 60th Anniversary of the Korean War. The Black Eagles demonstrated advanced aerial maneuvers in their TA-50B high-performance aircraft as part of Air Power Day 2010. Pilots from the United States Air Force’s 51st Fighter Wing, the North American based F-16 Fighting Falcons and A-10 Thunderbolt teams also performed for a crowd of 40,000 American and Korean spectators. By Brendan Balestrieri