Living and dying in exile

Living and dying in exile 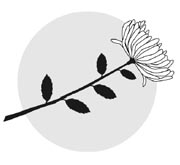 An Chang-ho wrote his “Song for the Nation” as he sought refuge in the United States in 1910. The independence movement leader said that the misery of exile had left him with a bitter taste. But when he held on to his beloved homeland he kept the glory of the past, the anger of the present and the hope for the future.

A person in exile has one dream: going home. Charles de Gaulle led the French resistance movement in Britain during the Nazi German occupation of France. After World War II, he returned to France as a hero and was elected president. Ruhollah Khomeini, who sought refuge in Paris, led the Iranian Revolution and overthrew the Pahlavi monarchy, becoming the supreme leader and starting a theocratic regime. Former Korean President Kim Dae-jung sparked democratization and was elected president after he had spent 1,087 days in exile.

For many people in exile, the dream remains a fantasy. Most of them wander through strange lands, trying to deal with their pain. An Chang-ho and many other anti-Japanese independence fighters were unable to return to Korea nor lived to see the country’s liberation. The 14th Dalai Lama leads the Tibetan Government in Exile in Dharamsala, India, where he advocates for Tibetan independence.

France is a haven for people living in exile. Vladimir Lenin left Russia for France and Heinrich Heine moved to Paris when his works were banned in Germany. Frederic Chopin went to Paris when Poland was suppressed by the Russian Empire. Paris embraced these elite refugees and philosophy, literature and the arts flourished. Just as Qin Dynasty Chancellor Li Si argued in “Jian Zhu Ke Shu”: rivers and oceans become deep because they take in every drop of water.

A considerable number of people in exile live under the threat of assassination. Leon Trotsky, who was one of the leaders of the Bolshevik Revolution, was deported from the Soviet Union and went to Mexico, but he was killed by Stalinist assassins. Reformist Kim Ok-gyun lived in exile in Japan but was assassinated in China. Former Korea Central Intelligence Agency Director Kim Heong-uk was vigilant but was assassinated. Lee Han-yeong, nephew of Kim Jong-il’s mistress, defected to South Korea but was shot near his home in 1997.

Hwang Jang-yop, the highest ranking defector from North Korea who lived under the constant threat of assassination for betraying his Juche (self-reliance) philosophy, died of a heart attack on Sunday. Perhaps he had a sense of skepticism and powerlessness because the North Koreans have not yet awoken from the delusion of Juche philosophy and are allowing a third generation power succession. It is truly regrettable and I pray for Hwang’s soul.