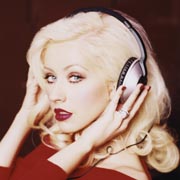 Singer Christina Aguilera said on Tuesday that she and her music executive husband, Jordan Bratman, have separated after nearly five years of marriage.

“Although Jordan and I are separated, our commitment to our son Max remains as strong as ever,” Aguilera said in a brief statement.

Celebrity news Web site Us Weekly said Aguilera, 29, and Bratman, 33, split up a few months ago but have not yet decided whether to divorce.

“They are now living apart, and they will see how that goes,” Us Weekly quoted a source close to the “Beautiful” singer as saying.

Aguilera, who had a huge early hit with “Genie in a Bottle,” and Bratman married in November 2005 and have one son, Max, age 2.