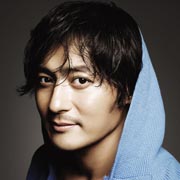 Jang beamed when talking about his son at a press call held on Oct. 9 at the Busan Haeundae Grand Hotel for his new movie, “The Warrior’s Way.”

“He is very healthy and has both his mom and dad’s features,” Jang said of his son. “Even at the hospital, they all complimented him by saying that he has a face that is rarely seen these days.”

He continued that he and his wife Ko So-young have not yet chosen a name for their son but said that they have shortened the list to three.