Altruism is the key to survival

Altruism is the key to survival 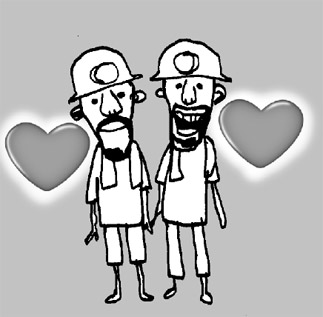 In November 1846, a group of pioneers ran into a snowstorm while crossing the Sierra Nevada mountains. They got isolated in the frozen wasteland near Truckee Lake (presently Donner Lake) for six months. There were 15 strong young bachelors in the group of 81, but only three of them survived because they died early out of stress and the horror of the isolation. Instead, it was the elderly, children and women that endured and had higher survival rates.

Anthropologist Donald Grayson wondered why. His study showed that the vital factor was family. Although their fate was unclear, those with family members survived because they were able to comfort one another. The eldest member of the group, a 65-year-old man, endured for more than five months even with a hand injury because of his wife’s devoted care.

Frank Schumacher, a German journalist and the author of “Family: Collapse or Revival?” declared, quoting the case of the couple, that family is the warranty for survival.

The tragedy of Donner Lake can be interpreted in a broader sense. In an extreme situation in which the lives of a group are at stake, the altruism and the unity of a group’s members can determine their fate.

In 1914, Ernest Shackleton set out on an Antarctic expedition, but his ship was stopped by ice. At one point, during the 634-day ordeal, Shackleton gave his daily ration of a biscuit to an ailing team member. He also offered his mittens to others, risking frostbite. In doing so, he taught the team to be considerate of one another. As a result, all of the members of the team returned home safely. Although the expedition was a failure, Shackleton is now celebrated as a hero.

Recently, the whole world watched the miraculous rescue of the 33 Chilean miners trapped nearly half a mile underground in a small copper mine for 69 days. The miners endured by sharing responsibilities, even appointing a recreation leader.

There must have been confusion and distress, but they were able to overcome their ordeal because they prioritized altruism over egoism, and unity over division. It has even been said that they agreed to share the income from interviews, films and books as a way to prevent conflict following their rescue.

Theirs is a very rare kind of teamwork. It was this kind of altruism that was the key to their survival.