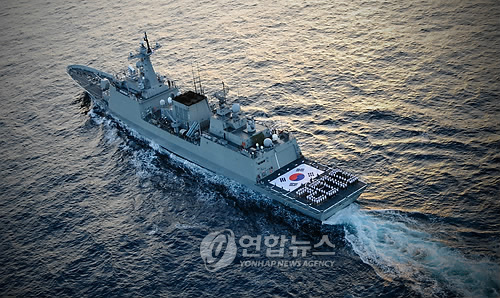 A South Korean fishing boat has been hijacked by Somali pirates in Kenyan waters, the foreign ministry here said Sunday.
The ministry said the 241-ton trawler "Keummi 305," with two South Koreans, two Chinese and 39 Kenyans aboard, was hijacked on Oct. 9 by the pirates while fishing in waters about 10 miles off Lamu, Kenya, near the Indian Ocean.
A South Korean citizen living in the Kenyan port city of Mombasa told Yonhap News Agency that the boat had been in the area for about a month and was taken to Harardhere, the base for pirates north of Mogadishu, the capital of Somalia.
"Given past instances, it would put the hostages in even more danger if the government tried to negotiate directly with the pirates," a ministry official said. "We're trying to find out more about the incident using all possible channels."
One of the South Koreans aboard was a 54-year-old captain surnamed Kim. He is the president of Keummi Fishers based in the southern port city of Busan.
Officials at the boat dealership for Keummi said the fisheries company shut down its Busan office in 2007 due to financial problems, and Kim had been steering the ship himself for two years to save costs.
"We haven't heard from the pirates yet," one dealership official said. "It could take up to four days to reach their base (from where the ship was hijacked) and we expect to be contacted soon."
The Keummi 305 had been fishing in waters considered safe from pirates since the area was more than 400 kilometers away from the pirates' base and the Kenyan navy sent regular patrols.
Since 2006, there were six hijackings of South Korean boats or vessels by Somali pirates. Most recently, a supertanker, Samho Dream, with five South Koreans and 19 Filipinos aboard, was seized in April this year in the Indian Ocean. The ship remains in captivity. [Yonhap]