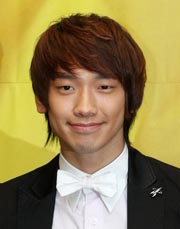 Korean singer Rain is facing allegations that he has not repaid a large gambling debt. The person making the claim is Andrew Kim, a businessman who is in the middle of another lawsuit with Rain over the singer’s cancellation of a concert in Los Angeles in 2007.

This time, Kim is claiming that he lent Rain $150,000 in June 2007 and that he still hasn’t been paid back. Kim also said that the singer used the money to gamble at the Bellagio Hotel and Casino in Las Vegas and accused Rain of having a chronic gambling problem.

Rain’s management company J. Tune Entertainment released a statement denying the charges, saying: “It is preposterous and an outright lie. Rain did go to Las Vegas but he did not borrow money from Kim, nor is he a chronic gambler.”

The singer cancelled the 2007 concert one and a half hours after it started, saying that the promoter failed to heed local fire regulations and otherwise prepare for the event. That prompted Kim, the concert promoter, to file a lawsuit against Rain’s previous management company, JYP Entertainment, for up to $30 million.