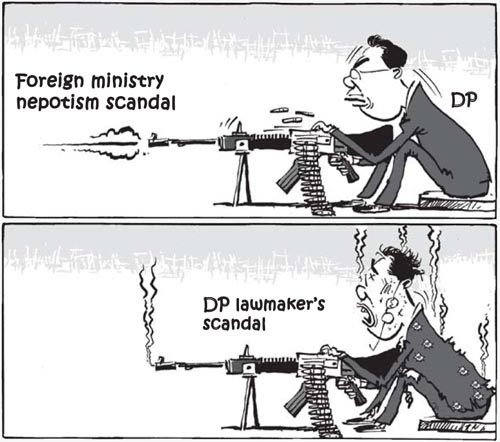 The main opposition Democratic Party harshly criticized the hiring of former foreign minister’s Yu Myung-hwan’s daughter at his ministry. On Tuesday it was revealed that a son of DP lawmaker Noh Young-min was hired as a senior official at the Office of Deputy Speaker of the National Assembly.

By Kim Hoe-ryong from JoongAng Ilbo