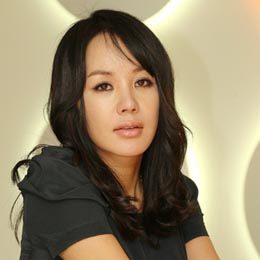 Singer-actress Uhm Jung-hwa had surgery for thyroid cancer, according to a statement released yesterday by Uhm’s management company Sim Entertainment. The new has shocked fans and acquaintances alike.

According to the press release, Uhm had the surgery on Oct. 5. The cancer was discovered at an early stage and Uhm was released from the hospital four days later, the statement said. Only Uhm’s family and a very small group of friends were aware of the illness.

Uhm is currently one of the main judges for MNet’s popular talent show “Superstar K2.”

“[Uhm] did not show any signs of being sick and was always bright and friendly to all the staff backstage,” a program employee told Ilgan Sports. “The only thing that I’ve noticed is that the pitch of her voice sounded a little lower.”

The employee also praised the singer, saying she had endured long taping sessions for the show without complaint. Uhm says the surgery will not interfere with her participation on the talent show, the statement said.

This season’s winner will be chosen on tomorrow’s program, scheduled to air at 11 p.m.