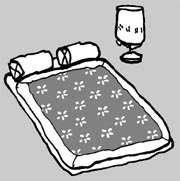 A reporter once asked Irish playwright George Bernard Shaw if he thought people who marry on a Friday will be unhappy for the rest of their lives. Shaw retorted, “Of course. Why should Friday be an exception?”

Many of today’s young people likely sympathize with this view. According to a 2010 survey by Statistics Korea, the desire among young Koreans to marry has decreased in recent years.

Just 62.6 percent of single men and 46.8 percent of single women who participated in the survey said they feel they should get married one day. It seems the world has become a place where marriage is no longer a must.

Questions about the value of marriage are not new. Many young people in the West consider marriage an old custom, and Time magazine even went so far as to predict that the institution of marriage will soon disappear. In Korea, too, there are signs that a big change is underway. These days, many young people take a liberal attitude toward living together before marriage. No less than 59.3 percent of those surveyed said that they condone the idea of living together before marriage.

In some areas of Europe, cohabitation before marriage is common. In Hungary, the marriage rate decreased from 87.7 percent in 1970 to 71 percent in 2005. At the same time, the cohabitation rate increased from 2.1 percent to 12.2 percent during that span. In Amsterdam, the number of married couples dipped 3.5 percent from 2003 to 2007, while the number of couples choosing to live together rose 9 percent.

The East is no longer an exception to the trend. Jiangsu Province in China passed an ordinance in 2003 allowing couples without marriage certificates to live together. Their reasoning sounds plausible: “The prohibition of living together, which is a remnant of the planned economy era, does not fit today’s market economy, and the state cannot interfere in private life.”

But does marriage deserve such a bad rap?

According to a report by a British social research institute, the living conditions and health of couples who live together are worse than those of married couples. The report also showed that couples who cohabitate have more extramarital affairs than married couples do.

French philosopher Michel de Montaigne said, “That good marriages are so rare is proof of how precious they are.” It makes me think we should not always condemn marriage but instead embrace it.